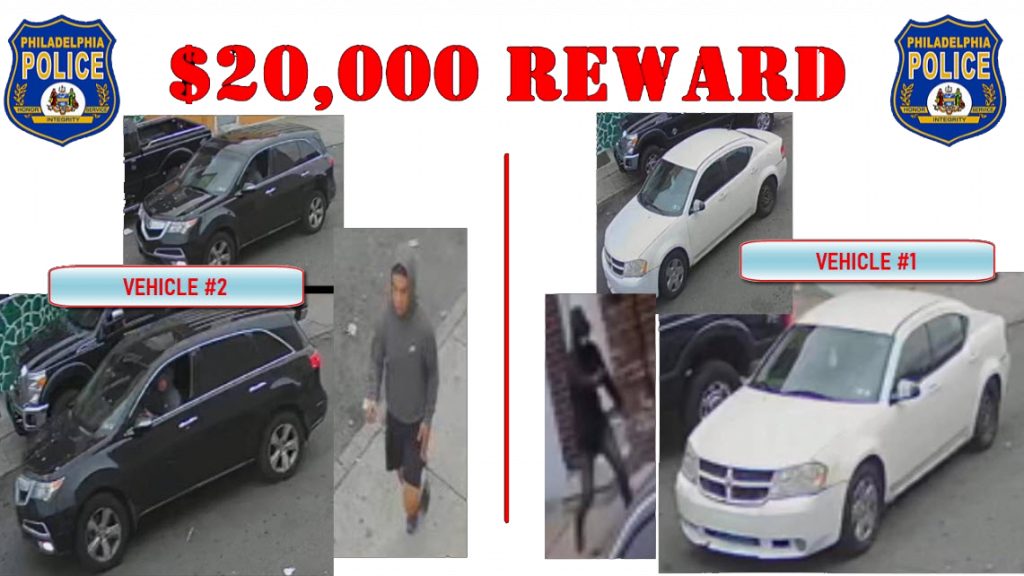 The city of Philadelphia is offering a $20,000 reward for information leading to the arrest of individuals involved in a shooting death on the 2100 block of Scattergood Street in September.

Police are looking to identify two vehicles and nine suspects caught on surveillance video at the scene of the crime. Video shows nine male individuals exiting the two vehicles and engaging with the victim, a 22-year-old male, and several other males in a physical altercation that ended in the victim being shot. The altercation happened Sept. 17 at 5:31 p.m.

Some of the males from the attacking group returned to the vehicles while others fled on foot.

Police describe one vehicle as a 2008 to 2018 white Dodge Avenger with dark tinted windows and missing the rear driver side hubcap, with duct tape around the driver side rear-view mirror. The other vehicle is a 2014 to 2020 black Acura MDX.

The suspects are considered armed and dangerous. Anyone with information should call the PPD Homicide Division at 215-686-3334 or 215-686-3335 or email tips@PhillyPolice.com.