Somerton resident Brianna Bennett released Faerest, her debut fantasy novel that is both a modern-day retelling of Snow White, and the launching point for a trilogy.

Brianna Bennett may not have a magic mirror on the wall, but she still knows who is faerest of them all.

The Somerton resident recently self-published her debut novel Faerest, a modern-day retelling of the classic Snow White fairy tale. What it may lack in dwarves named Sleepy and Dopey it makes up for in originality – it takes place in a world where faerys and humans have merged, as the protagonist Syd finds herself tied up in a mystery surrounding them both.

Sydney White and her best friend Jamie enroll at Grimm State University, a melting pot of humans, faer folk and their hybrids. There she declares her intention to study faery anthropology with a minor in supernatural studies. While she lives out her college days between rounds of Mario Kart and stops at dwarven bookshops, she investigates the disappearance of her boyfriend Andy, who vanished on an important night three years ago.

An avid lifelong reader of the fantasy genre herself, Bennett was struck with inspiration in 2018 when she pictured what it would be if a modern-day Prince Charming was an app. The idea grew from there, evolving to contextualize the classic tale in a more advanced society.

“I was getting tired of the damsel in distress cliché. It puts a woman in a situation where she can’t get herself out, but I was thinking a woman could definitely get herself out,” Bennett said. 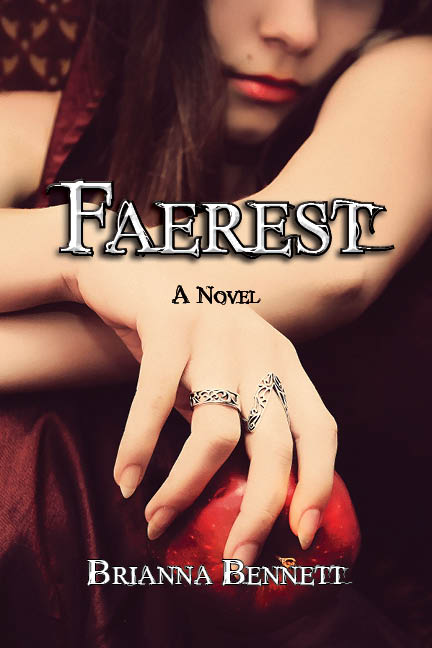 This time around the woman is trying to rescue the man as Syd tries to learn more about Faerhaven to rescue Andy. She’s accompanied by her friend Jamie, who undergoes his own struggles as he gets his first boyfriend while his mom struggles to accept her son’s sexuality.

Though she’s been writing since 2008, this is Bennett’s first published work. She’s currently pursuing an M.F.A. in creative writing at Rosemont College, where she’s fast at work writing her next novel, a story separate from Faerest that will tackle a character dealing with expectations from her family while having different expectations for herself. However, she has plans to return to the world of Faerest in the future as she continues the trilogy.

“No matter how much the odds can be stacked against you, you always have yourself to rely on,” Bennett said.

In this book about magic and powers, Bennett just wants to inspire the powerless. ••