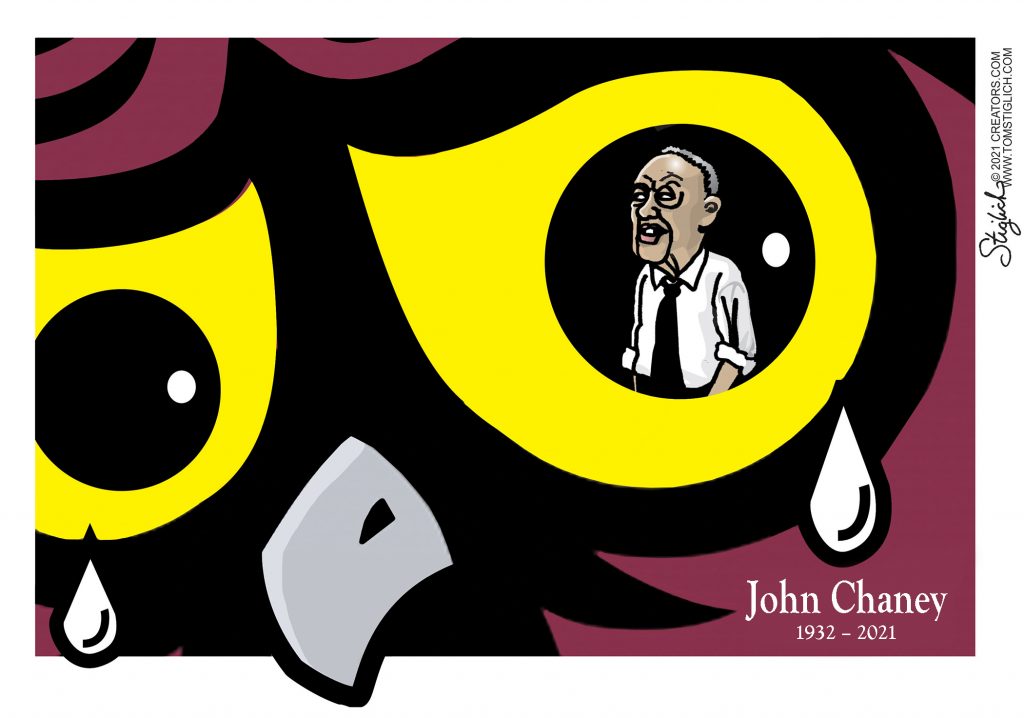 Happy with these programs?

In 1965 when Medicare was proposed, 89% of Democrats in the Senate voted for the bill and 43% of Republicans voted in favor. In the House of Representatives, the yes vote consisted of 83% of the Democrats and 51% of Republicans. LBJ signed the bill. Think about it. Are you happy that the bills passed?

Countless reasons to vote for Trump

Large city newspapers and their columnists have been critical on why and how 76 million people voted for President Trump.

Maybe people are upset that Jimmy Kimmel, Joy Behar, Virginia Gov. Ralph Northam can appear in blackface and it is OK and keep their jobs, but Kate Smith who sang a song 90 years ago has her statue removed.

Maybe it is because decisions are made on who we can watch on TV and make students stop reading certain novels.

Maybe they see that the persons whose actions or words in the 1700s, 1800s and 1900s that are perceived wrong in the 21st century are having their names removed from buildings.

Maybe they knew that the stopping of the Keystone XL pipeline would eliminate union jobs (like we can afford to lose jobs now) and increase our dependence on foreign oil.

Maybe they knew that they would return to the Paris Climate Agreement with U.S. contributing 11% of carbon emissions while China and India are not required to participate, but they contribute over 50% of the carbon emissions.

Maybe they knew that stopping the extraction of energy from public lands would move us back to dependence on foreign oil and raising gas prices.

Maybe it is because we found out that China’s economy was built on the backs of the United States workers.

Maybe they figured it is better to bring Arab nations together than just to give billions to Iran.

Maybe it is “Defund the Police” and “Socialism.”

Maybe start a new tradition? Great Britain has its Guy Fawkes Night, commemorating failure of the Gunpowder Plot of 1605, where conspirators tried to blow up the House of Lords during the State Opening of Parliament and assassinate King James I. Brits light celebratory bonfires and set off fireworks on Nov. 5. We could mark the attack on the Capitol and chant “Hang Mike Pence” on Jan. 6. Zip ties and pyrotechnics optional.

We all would like to get back to normal, and getting the COVID vaccine is a necessary step.

But not for we “ordinary” older Americans.

Dr. Fauci wants to shuffle old white people to the back of the line, with minorities first. Funny, but he (an old white guy) sure got his shot right away.

Cities and states all have complicated lists of who gets the vaccine, from 1A to 3A-B-C. Like a menu at a restaurant. Seniors are not on the dinner special.

Philadelphia made a difficult process even more confusing by partnering with a private “Fight COVID” group it later dumped. Looks like it was the citizens that got KO’d.

Is it so hard to understand that both common sense and human decency require older Americans be first to get the vaccine? The death rate for old people is up to 500 times higher than younger people, no matter what the occupation.

At this rate, I’ll be getting the vaccine around the 4th of July, at the undertaker.