Police have announced they are offering a $20,000 reward for information leading to the identification of a man involved in a fatal hit and run last November.

On Nov. 10 around 5:50 a.m., a person driving a 2005 to 2009 white or silver Chevy Uplander struck and killed a woman at the intersection of St. Vincent Street and Summerdale Avenue. The victim was later identified as Saixiang Lin, 60.

The driver fled the scene. Video obtained by police showed the driver, a man wearing a light-colored hooded sweatshirt that covered his face, exiting the vehicle and walking back toward where Lin was struck. The man returned to his vehicle about 20 minutes later and drove off.

“After she passed away, there’s nothing we can do for her anymore except justice,” said Joy Lin, Saixiang’s daughter-in-law, during a virtual media advisory held Feb. 19.

After being struck, the victim was transported to Jefferson Torresdale Hospital with fractures to her ribs and head injuries. She died early the next morning.

Capt. Mark Overwise said the vehicle they were looking for sticks out, as there were 1,900 similar cars registered in a 20-mile radius, but not very many still used on the road. Video showed the vehicle had black tires with no covers.

Overwise said there were 28 fatal hit-and-runs in the city in 2020. 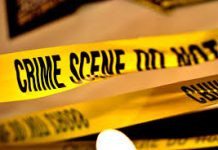