The Mayfair Civic Association met oN Zoom last night, hearing a proposal about the property at 3101 Cottman Ave.

Zoning attorney Joe Console and owner Gaofeng Chen explained that they wanted to legalize the property, with a real estate office on the ground floor and two rental apartments above the office.

Several neighbors were skeptical, pointing to past violations at the property and the fact that the South Philadelphia-based lawyer has not visited the site.

A Zoning Board of Adjustment hearing took pace on March 10, and the ZBA is awaiting comment from Mayfair Civic before issuing a ruling.

Metal “Mayfair” signs will soon replace vinyl banners in the neighborhood. The first sign is on the 3500 block of Cottman Ave. 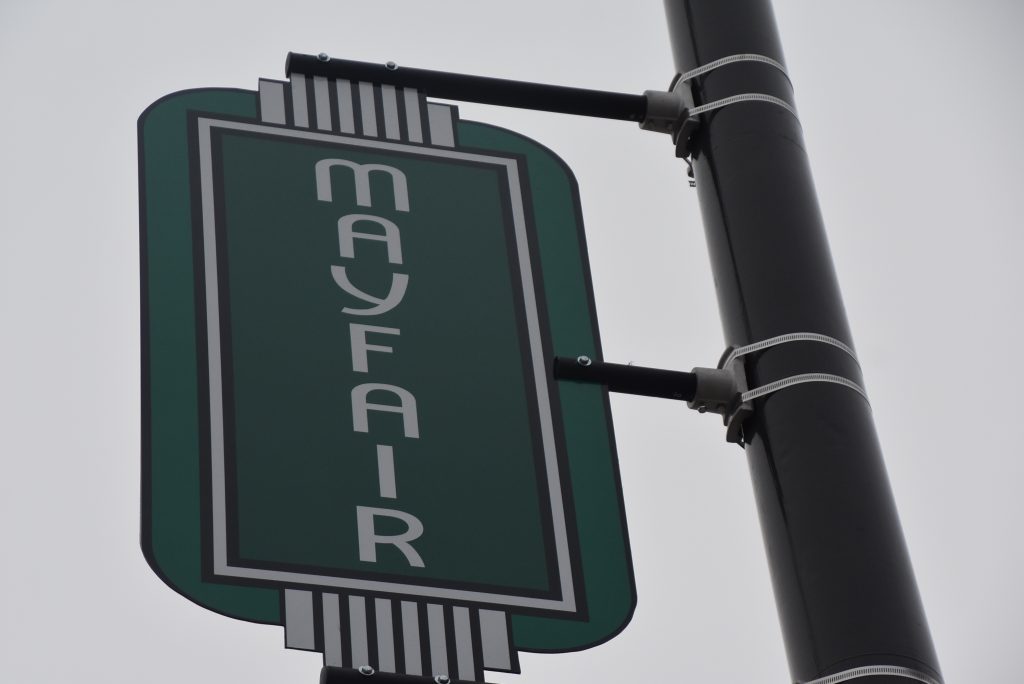 Smith said no cause has been determined for the fire that started in the basement of Art History 101, a T-shirt store at 7045 Frankford Ave. Smith said store owner Jay Pross did not have insurance, adding that a GoFundMe page has been created to support his effort to reopen.

Vicki Riley, public information officer with the city Department of Revenue, said the best way to reach the department is emailing revenue@phila.gov. To reach the Water Revenue Bureau, email wrbhelpdesk@phila.gov. Riley said more information is available on Facebook and Twitter.

Dywonne Davis-Harris will be the new principal of the School District of Philadelphia elementary school being built on the Abraham Lincoln High School campus. The school will have the charter school-sounding name of Propel STEAM Academy, pending approval from the school district and school board. Some neighbors were hoping the school would be named after the late Harry Silcox, a college basketball star at Temple, principal at Lincoln and a local historian. ••