Acting U.S. Attorney Jennifer Arbittier Williams announced that Eric Amaefuna, 65, was charged with 29 counts of aiding and assisting in the preparation of false income tax returns.

According to the indictment, the defendant was the owner of American Financial Stewardship, a tax preparation business at 7053 Bustleton Ave.

The indictment alleges that Amaefuna prepared false and fraudulent IRS Personal Income Tax 1040 Forms for client taxpayers for at least tax years 2014 through 2016. The defendant added attachments to the 1040 Forms that were also false, in that they claimed false or inflated employee business expenses, inflated state and local taxes, false or inflated miscellaneous deductions and losses that were entirely fictitious or falsely inflated. These falsities resulted in the filing of personal income tax returns claiming refunds due to the client­ taxpayers that they were not entitled to receive.

“As alleged, the defendant manipulated his clients’ tax filings at the expense of honest taxpayers who take seriously their legal obligation to file complete and accurate federal income taxes each year,” Williams said. “As we approach this year’s tax filing deadline, this is an important reminder.”

If convicted, the defendant faces a maximum possible sentence of 87 years in prison and a $7.25 million fine. •• 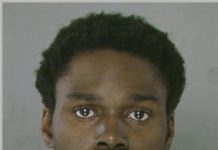