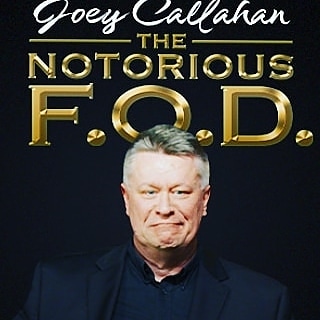 Joey Callahan grew up watching comic legends such as Bob Hope and Dick Van Dyke and found his calling.

Callahan spoke of how it was the way Hope was so sure of what he was doing ━ he knew he would get laughs. He started telling jokes at the Taproom in Fishtown when he was young to his family.

“If I could make my uncles laugh, they would give me shots of beer,” Callahan said. “The Taproom was just a magical place for me.”

Callahan moved to the Northeast when he was 10, he’s a graduate of Archbishop Ryan Class of 1984. He said he comes from a family of story and joke tellers, and was able to make a successful career of it.

Callahan considers his comedy to be very autobiographical. He calls himself a proud comic and says his act is an exaggerated version of himself.

He has performed all over the U.S. and Europe, poking fun at what it’s like to be a dad to two girls and growing up in an Irish-Catholic household with a strong union relationship. He’s also appeared on Comedy Central and ESPN. He is a regular at the Borgata in Atlantic City.

Callahan has opened for famous acts such as blues legend B.B. King, The Smothers Brothers and four times for Weird Al Yankovic, who’s famous for his parodies of hit songs.

In his new special for Dry Bar Comedy, called The Notorious F.O.D., or father of daughters, he jabs at having millennial daughters, “It’s fun,” Callahan said with a straight face.

In the show he talks about how his daughter is calling him aggressive and his response was “My dad was an Irish Catholic Teamster, do you want to see aggressive?”