Including green spaces and waterways in infrastructure investment 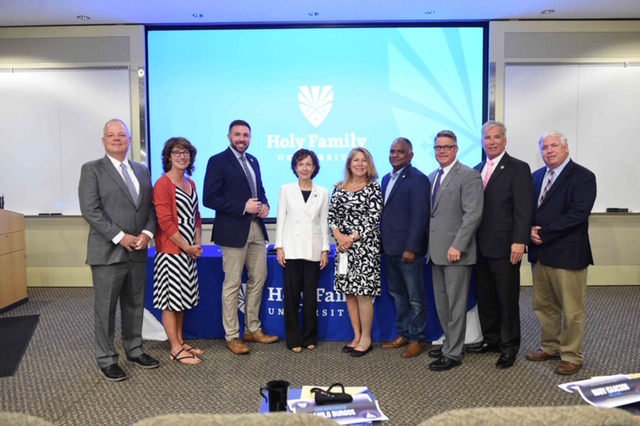 Driscoll welcomed Chairman Ryan Bizzarro and members of the committee for the Aug. 10 hearing at Holy Family.

“If the last 18 months has proven anything, it is that our public spaces are a necessary investment that our state must make,” Driscoll said. “Our trails, parks, outdoor rec spaces have been utilized during this shutdown caused by the pandemic and it is very apparent that the use of these places will not end. Our tax dollars are meant, in part, to provide funding for our leisure enjoyment and well-being. Today’s hearing and those testifying provided information that proves the enormous worth of these facilities and locations to the commonwealth.”

Friends of Pennypack Park had to go dormant last year when it lost its insurance following the settlement of lawsuits it had nothing to do with. Attorneys included FOPP in lawsuits against the park system because the group had “Pennypack Park” in its name.

Driscoll has introduced House Bill 1694 that would amend the recreational use of land and water act to provide protections to volunteers and organizations who help preserve public parks. ••