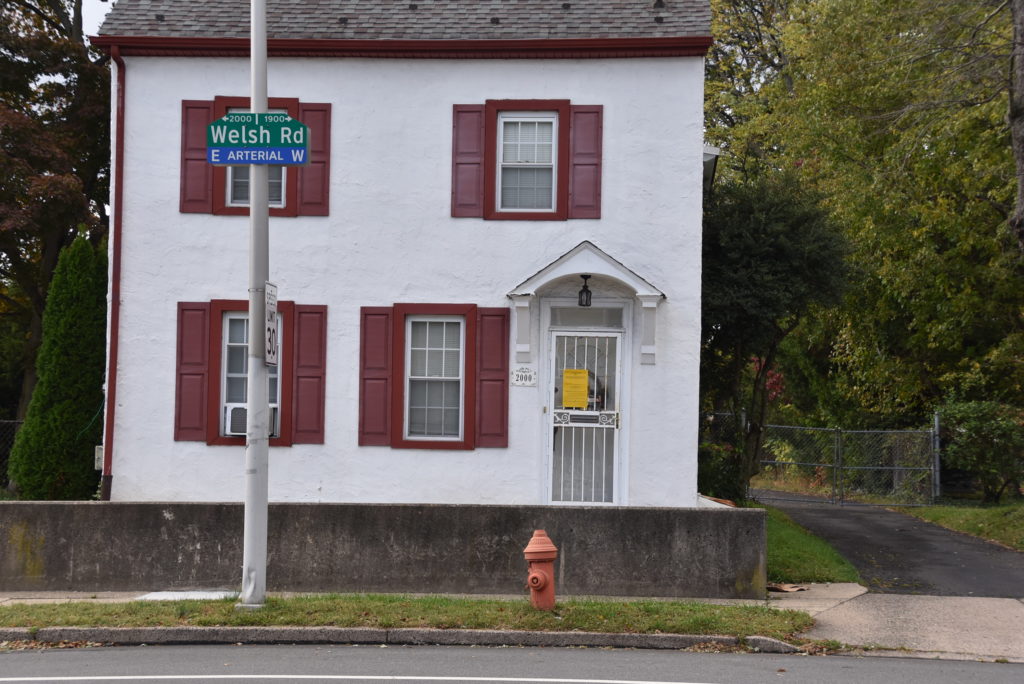 The property is zoned residential, and is next to a church and a cemetery.

The owner plans to live on site and operate a market geared largely to a growing Albanian-American community. He needs a zoning variance for retail and residential additions and a walk-in cooler. There would be off-street parking, with nine spots. The store would close by 7 p.m., and no cooking would be done. Some backers of the plan signed a petition in support.

Many residents, however, argued that Bustleton isn’t like Oxford Circle and Mayfair, rowhome communities with a large number of businesses near housing. They also are worried about traffic and too much lighting. They suggested the owner move his business into one of the many empty storefronts in the neighborhood.

GBCL members voted near the end of the meeting by clicking a circle next to the words “yes” and “no.” The voting turned silly, as opponents tried to have other members of their household — who hadn’t listened to the proposal — cast votes. Attorney Rich DeMarco balked when one woman tried to have her husband and four kids vote, and GBCL president Jack O’Hara limited the voting to only those who listened to the presentation.

The vote was 18-3 against the proposal.

In other news from the Oct. 26 meeting:

• The GBCL discussed the proposed UPS distribution hub at 1 Red Lion Road. The group and Sandmeyer Steel lost an appeal last month in front of the Zoning Board of Adjustment of permits granted to UPS by the city Department of Licenses and Inspections. Opponents cite concerns about traffic, lower home values and 24-hour, seven-day-a-week activity. Another appeal is planned.

The group also discussed a UPS ad in the Northeast Times that featured endorsements from, among others, state Sen. Tina Tartaglione and Jim Donnelly, Democratic leader of the 58th Ward.

GBCL said it received a statement from Tartaglione that she isn’t taking a position since the site is not in her district.

Donnelly said he hadn’t seen the ad since he considers the Times a Republican paper and does not read it. He called the ad “disgraceful.”

“I would never endorse something like that,” he said, contending the project would add traffic and pollution.

Donnelly blamed Councilman Brian O’Neill for not stopping the project and asked residents on the call to sign up as 58th Ward Democratic committee people. A Somerton resident, Donnelly said he opposes a proposed warehouse at Southampton Road and Roosevelt Boulevard and the Topgolf coming to Byberry and the Boulevard, fearing there will be shootings at the golf venue.

• Capt. Bob Ritchie, commander of the 7th Police District, was on the call. The district headquarters, at Bustleton Avenue and Bowler Street, will accept new, unwrapped toys until Dec. 17 for Toys for Tots.

• PECO Energy is cleaning up a debris-filled vacant lot it owns at 9358 Old Bustleton Ave. Community complaints and the intervention of City Councilman David Oh’s office led to the cleanup.