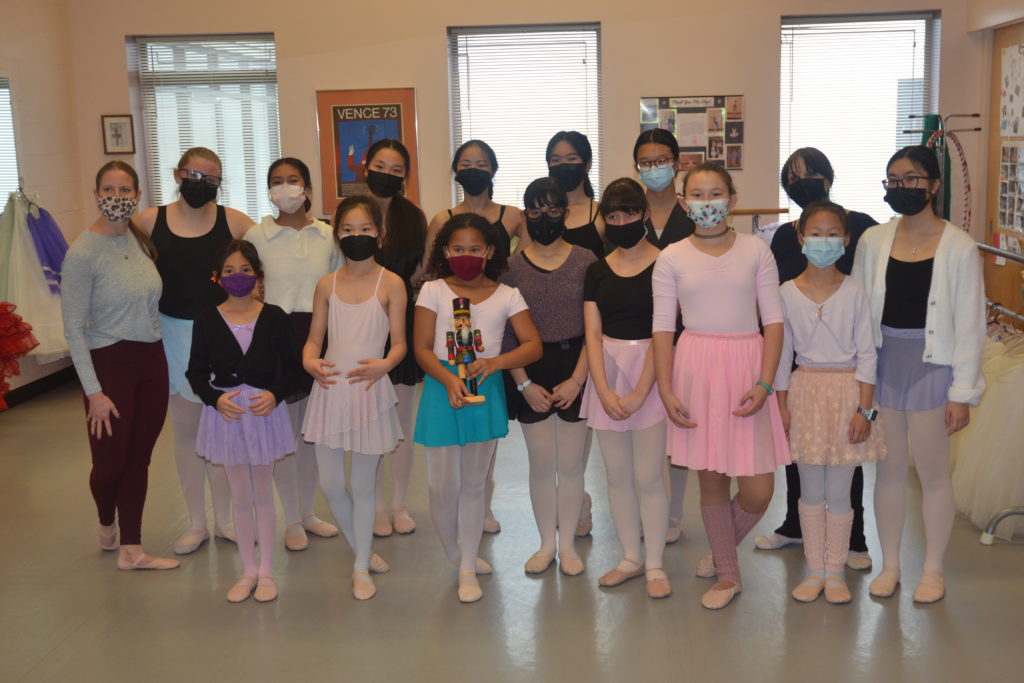 The public is invited to a free performance of The Nutcracker on Saturday at Settlement Music School’s Kardon-Northeast Branch, 3745 Clarendon Ave.

The show is an annual event, and the one constant over the years has been ballet dance teacher Olga Blumenkrants, who has been with Settlement since 1977. Her background includes studying at the Bolshoi Ballet School in Russia and dancing professionally, and she’s run Nutcracker performances at Settlement-Kardon since the early 1980s.

About 25 to 30 girls ages 5-18 will perform in the hour-long show, which will take place in the decorated auditorium.

“It’s a tradition,” said Blumenkrants, of Somerton. “It’s the same story, but our own version. Some of them are beautiful dancers.”

The role of the Sugar Plum Fairy will be shared by the two high school seniors — Madalyn Mandell-Zayon and Mimi Mai.

During a dress rehearsal on Saturday morning, Blumenkrants credited the girls with working hard.

The girls seem to appreciate the opportunity to perform in the show and for their teacher. One handmade note in the dance room, from 8-year-old Emily, says, “Thank You Miss Olga. COVID didn’t stop us from dancing.”

The other ballet dance teacher is Erin Ruggiero, who was a student under Blumenkrants for 12 years and has been on staff for 14 years. Ruggiero’s 12-year-old daughter, Juliette, is in the show, and mom even makes an appearance herself.

Rehearsals began in mid-October, and the teachers are looking forward to the girls putting on a good show for parents and members of the public.