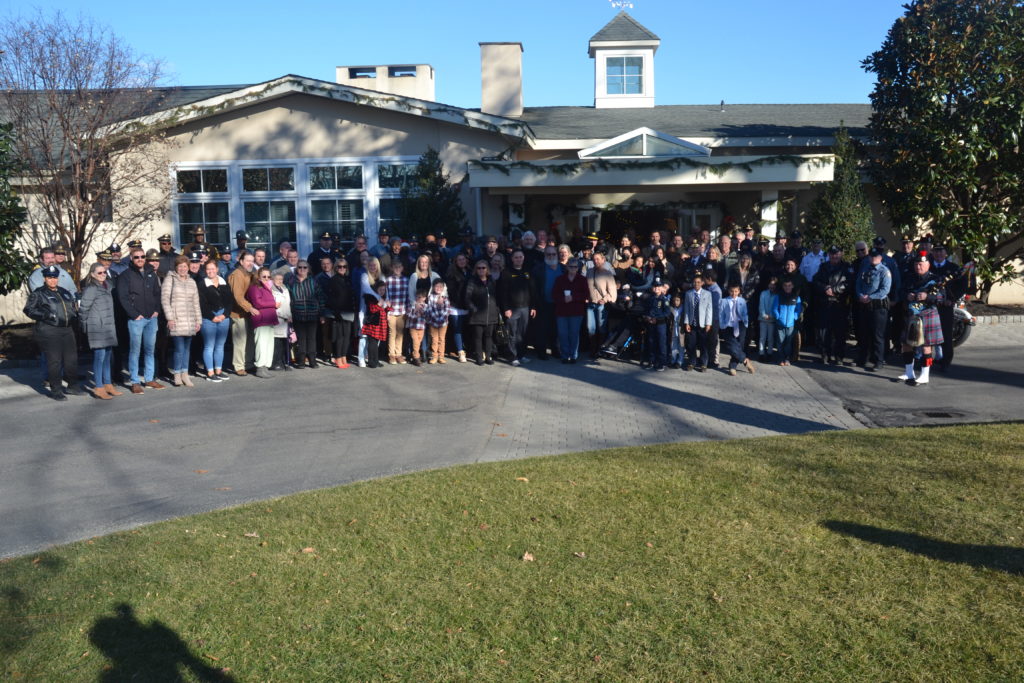 James J. Binns, president of Holiday Meals for Heroes, last week welcomed families of local police officers who are severely disabled or died in the line of duty to an annual Christmas breakfast at Sunnybrook Golf Club, in Plymouth Meeting.

Binns, a veteran attorney who leads the Hero Thrill Show and is founder of a plaque program for cops who die in the line of duty, was joined by police personnel from the Philadelphia area. Former Police Commissioner Sylvester Johnson was among those in attendance.

The annual breakfast honored the memory of about 30 fallen police heroes in the Philadelphia area and supported their surviving families, who took home full-course Christmas dinners.

The program furnishes breakfast, meals and food deliveries to area families of fallen police officers at Easter, Thanksgiving and Christmas.

Philadelphia Highway Patrol Officer Andy Chan, a 24-year veteran who was severely injured in an accident as he headed to work in 2019, attended the breakfast.

There was also a performance from the Philadelphia Police and Fire Pipes and Drums.