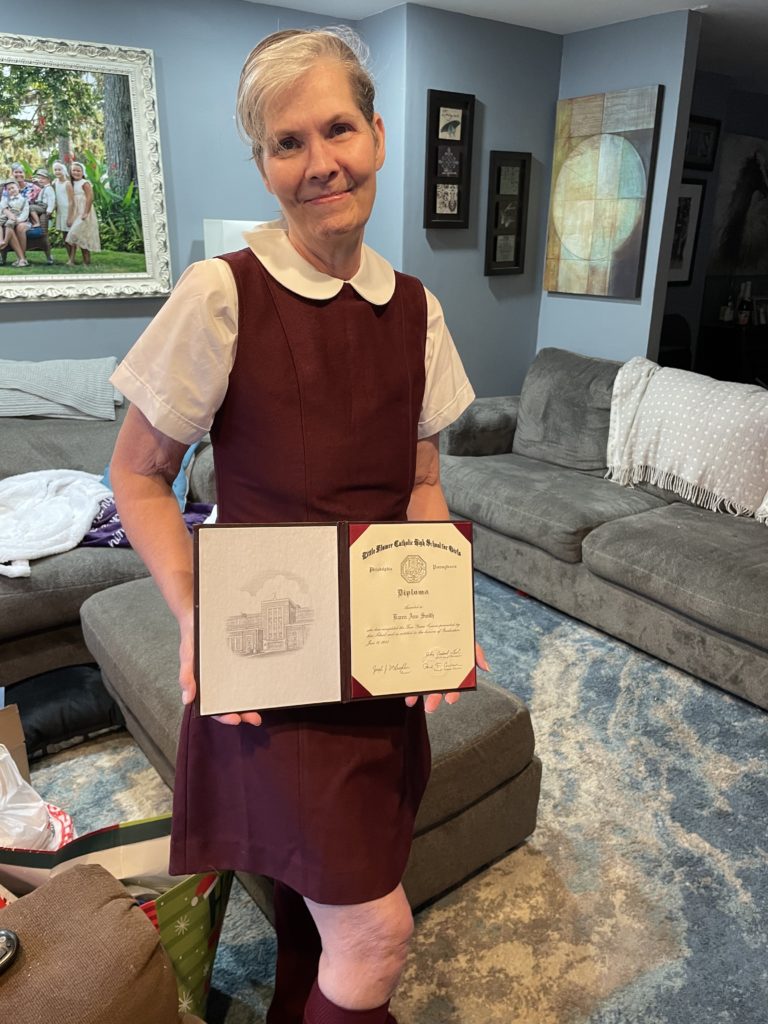 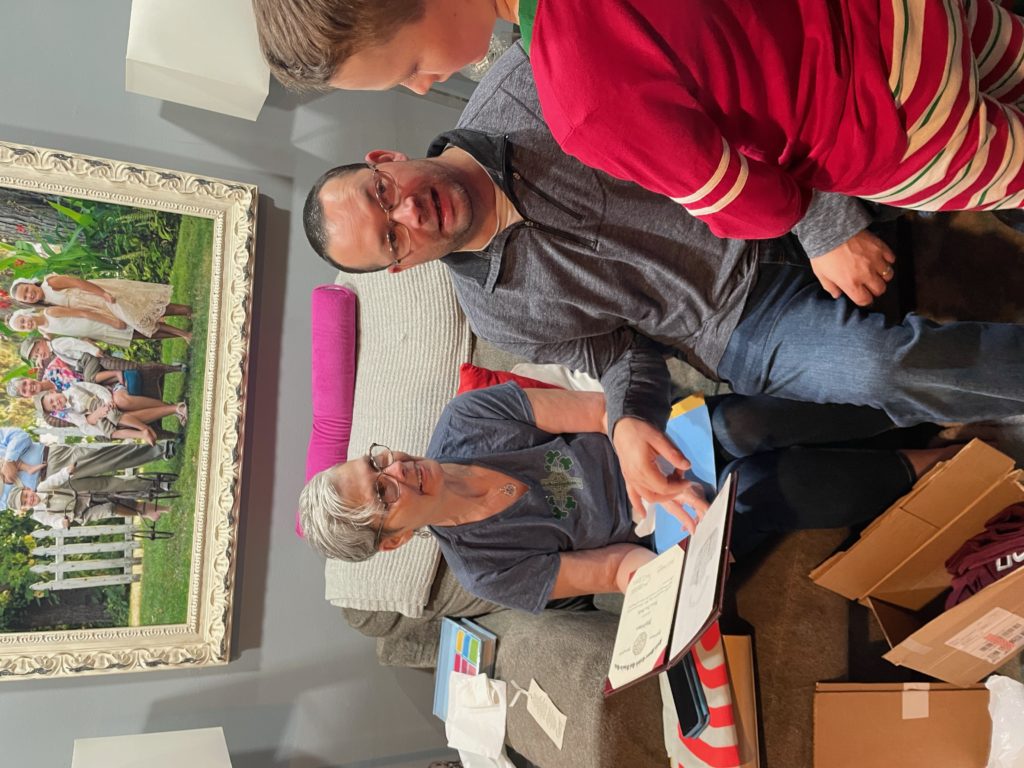 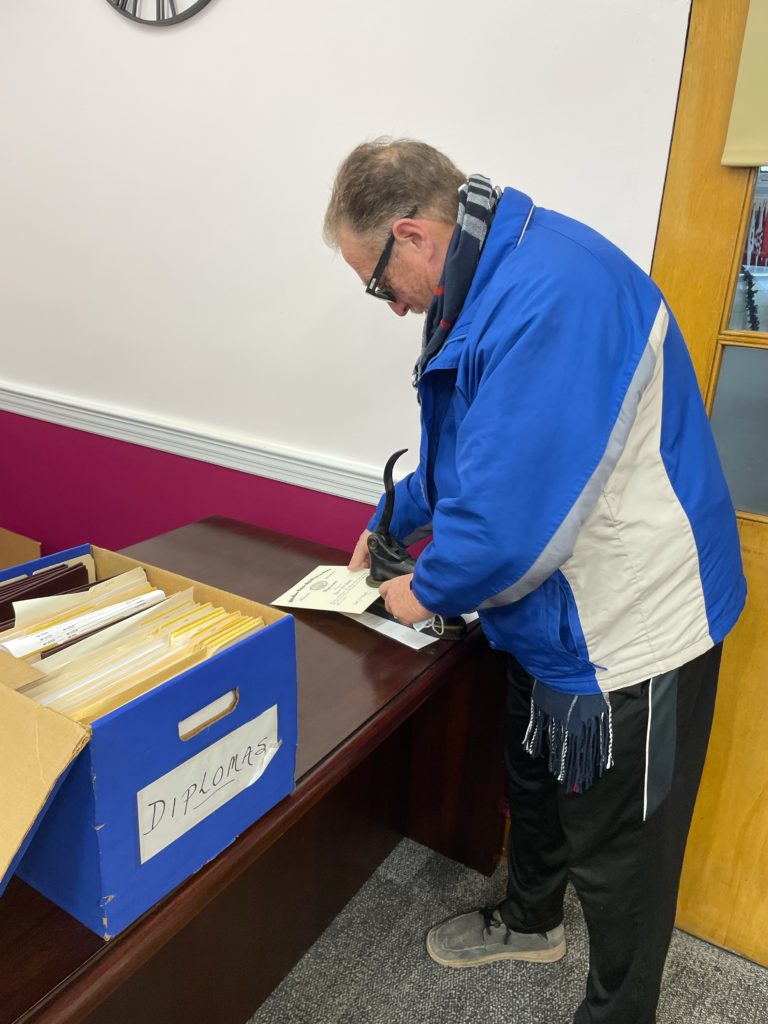 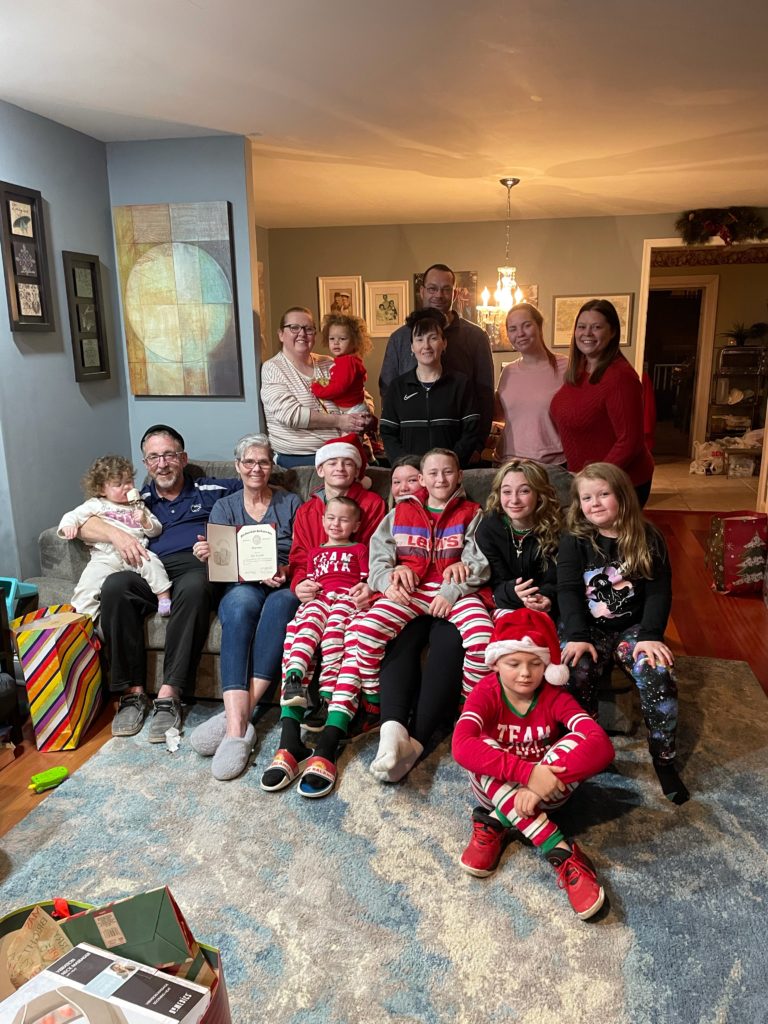 “What do you get your wife for Christmas when she has ALS?”

With the holidays approaching, Tom Hyers had this thought on his mind. His wife Karen was diagnosed with Bulbar ALS in September of last year. Bulbar is more aggressive than typical ALS, with a shorter life expectancy and more trouble with swallowing, speech and respiration.

Then one day, as Hyers and his wife were cleaning out their attic, he found a yellowed piece of paper.

“When one of you gets a terminal diagnosis, every conversation is naked in its structure,” Hyers said. “There is no more, ‘I’m not gonna tell her I got a scratch on the car,’ or ‘I’m not gonna tell him I lost the necklace that he bought me.’ Now everything is out there because time is short.”

The yellowed paper was a bill from Little Flower High School. Hyers learned that his wife hadn’t been able to pay for her senior year, and therefore, she never got her diploma.

“I had to call the school and ask for a letter each time I needed proof that I graduated from high school,” Karen said. “It was humiliating and degrading. I secretly pined for that piece of paper. It was a symbol to me that I succeeded in the face of so much adversity.”

That’s when Hyers decided what he would get his wife for Christmas.

He and his sister-in-law, Michelle, went to Little Flower, money in hand, to pay off the debt and to try to get Karen’s diploma.

The school was closed, but one nun in the office reviewed the bill. She thought there was a slim chance that they still had these records from almost 4 decades ago, and she got to work looking for files from the ’80s.

“She opens the door to this big closet, it must have a 150-watt lightbulb, it’s like the sign of Jesus was coming out of this closet. I can see in there, it’s reams and reams of binders, papers, pencils and pens,” Hyers said.

Somehow, she found the records. The boxes also contained original diplomas from the students who hadn’t paid off their debts.

“She pulls out the file, wets her finger like a Catholic nun does, begins paging through, the third diploma, the original Karen Smith. Now the nun’s crying, Michelle’s crying, and I’m crying. This is the original document,” Hyers said.

The nun allowed him to stamp the diploma with a seal. Hyers then called Jostens, the company that created the Little Flower booklets. Somehow, they had one extra booklet left.

“At Christmas we had our 9 grandkids, 5 kids, some of Karen’s friends who all knew what was happening,” Hyers said. “She gets the letter with the signed ‘paid in full’ and then my granddaughter gives her the envelope and that’s when it hits her.”

Karen said the gift was a total shock.

“I’d never told anyone how devastated I still was for never having received my diploma after everything I went through to graduate. All I could do was cry when I realized what I had in my hands,” she said.

For Karen, growing up was challenging. Her parents separated when she was at Little Flower, her father contracted emphysema, and she had to move in with her friend’s parents. She worked, and all her money went to necessities. Come graduation, she didn’t have over $2,000 to pay the rest of her tuition.

“I don’t expect to see another Christmas,” Karen said. “So what Tom and my sister Michelle did on Christmas Eve by obtaining my high school diploma just meant everything to me.”

Hyers said his wife took the opportunity to discuss the importance of paying off debts with her children and grandchildren.

“When I heard about the box of original diplomas in the utility closet at Little Flower, I was so disappointed in my alma mater. How many girls just gave up when they were not able to pay their tuition? How many lost opportunities?” Karen said.

Karen and her husband have decided to make a yearly donation to Little Flower for the seniors who have outstanding tuition due, in hopes that they can keep other girls from missing out on the diplomas they’ve worked so hard for.

“They need to know they truly are special and deserving, regardless of how little they have,” Karen said.

“I want them to keep pushing through life’s difficulties and that they can make a difference. I didn’t want anyone to feel like I did all these years. I can’t help everyone, but I can help someone. I hope others reading this will also feel compelled to pay it forward.”