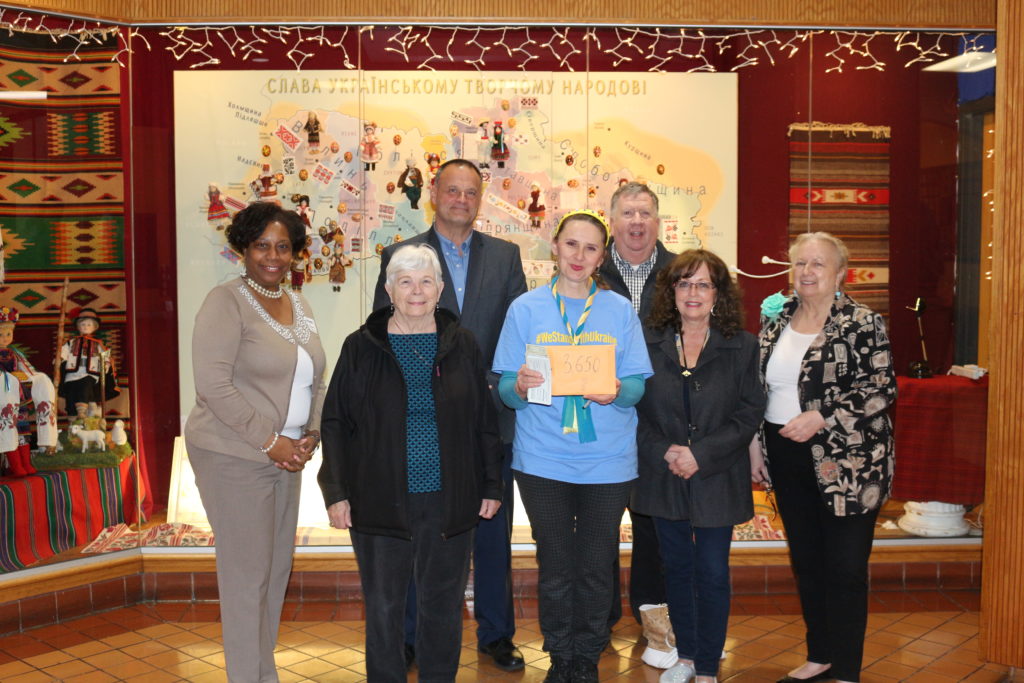 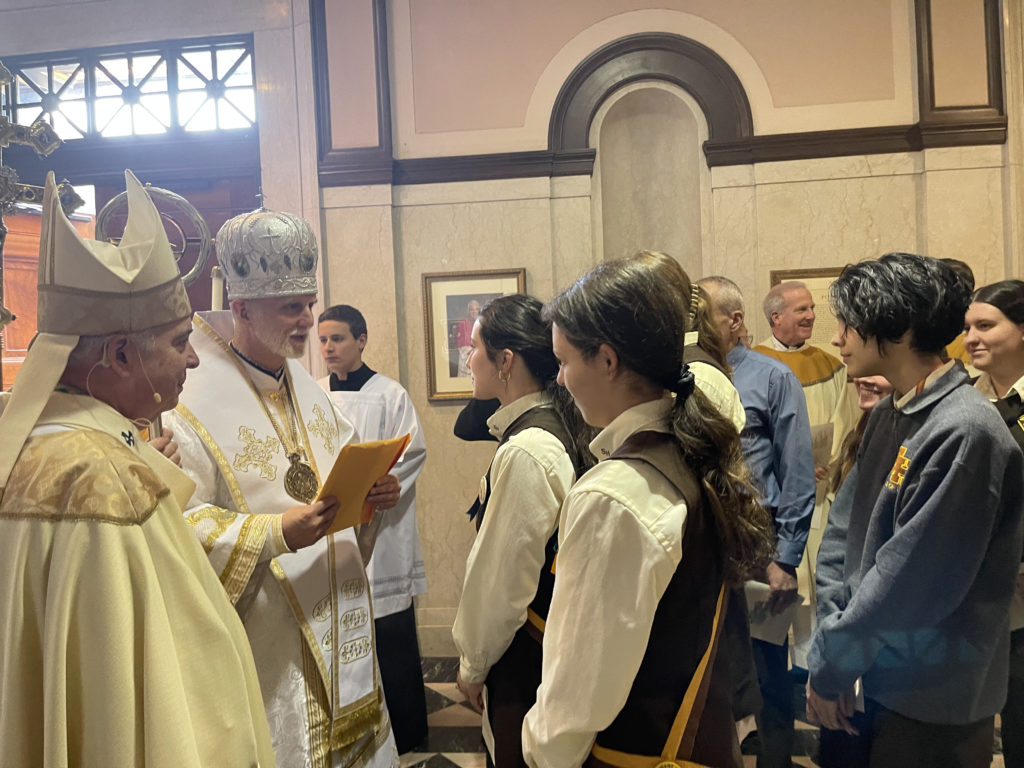 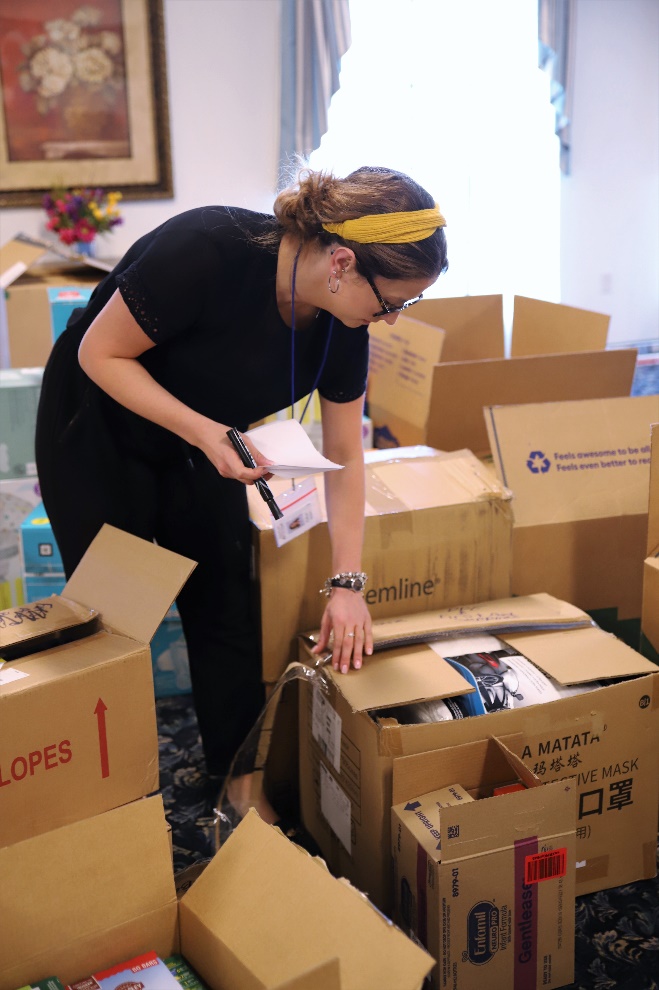 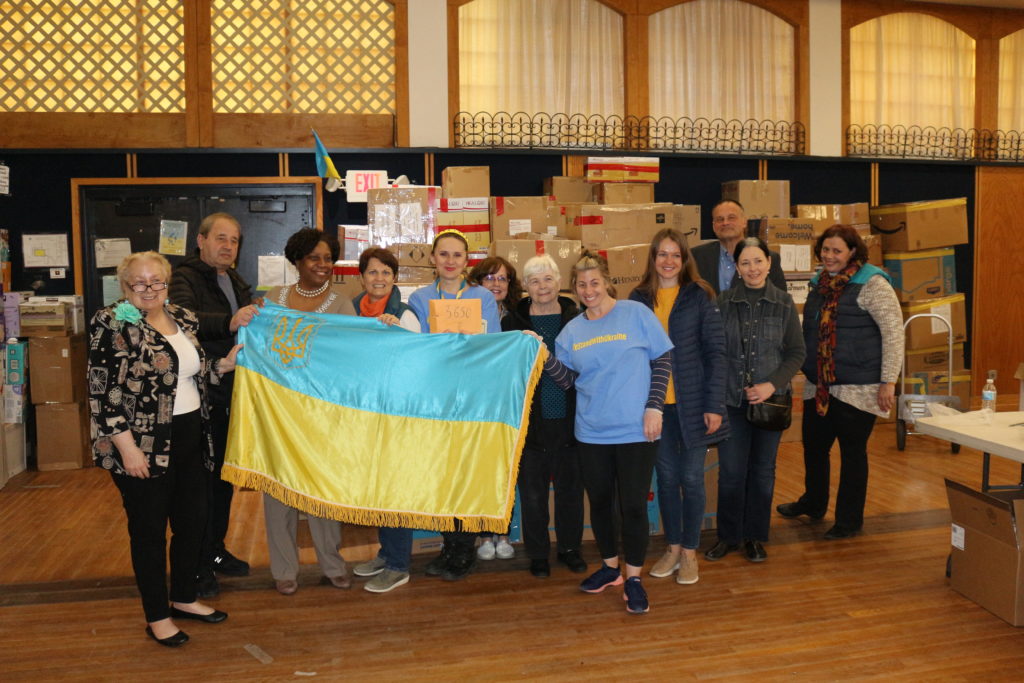 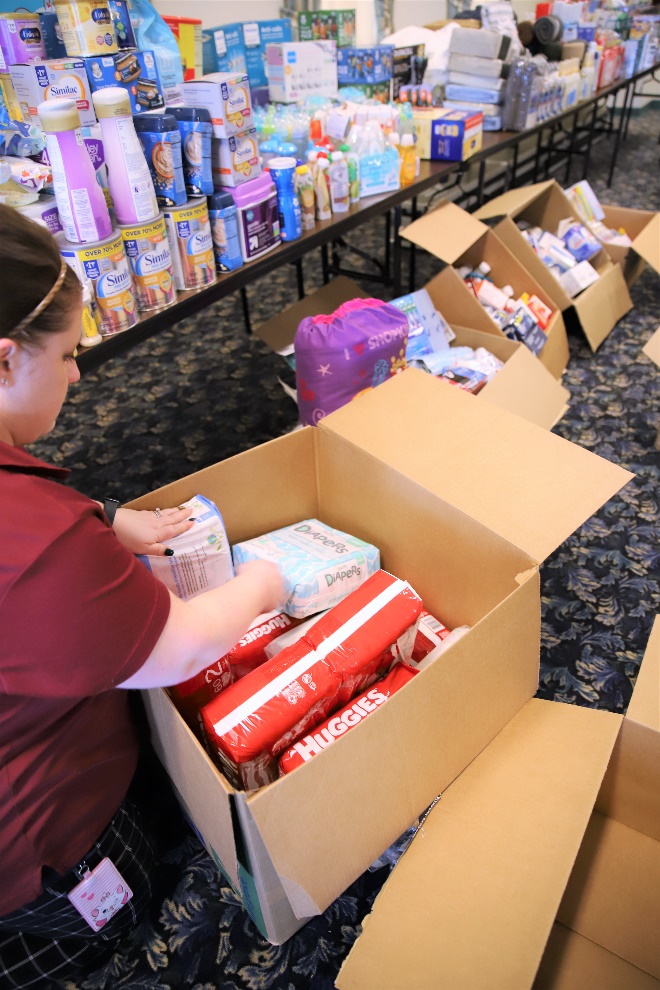 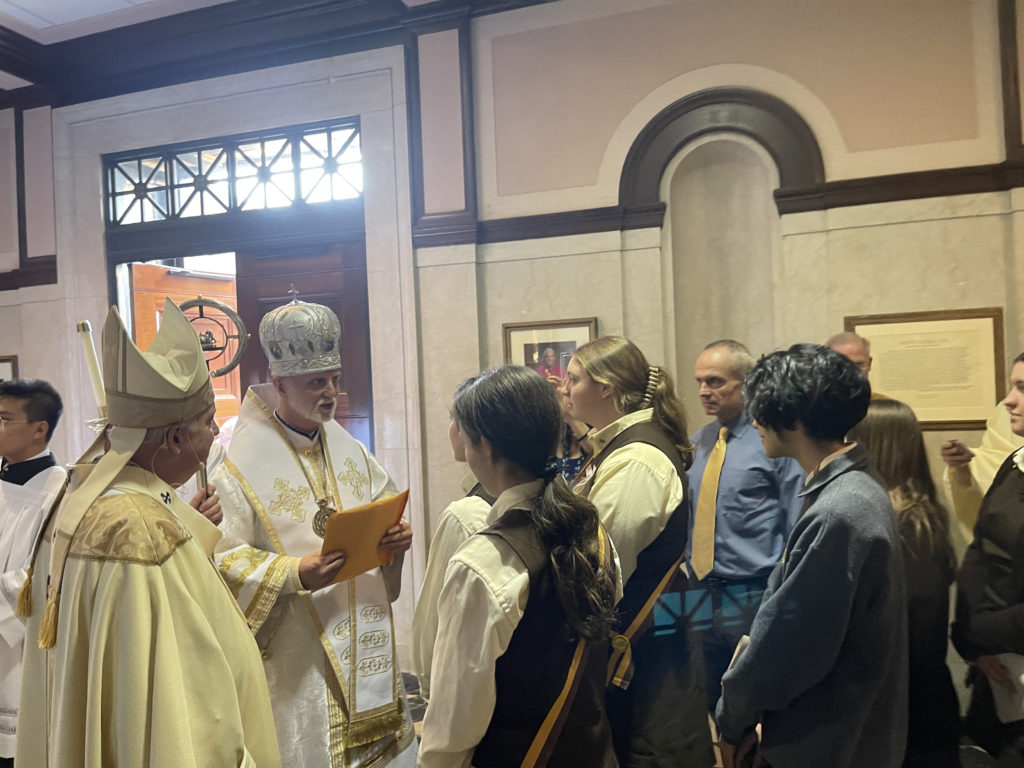 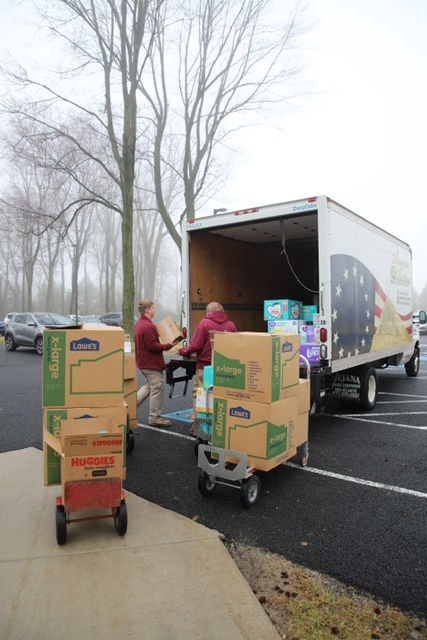 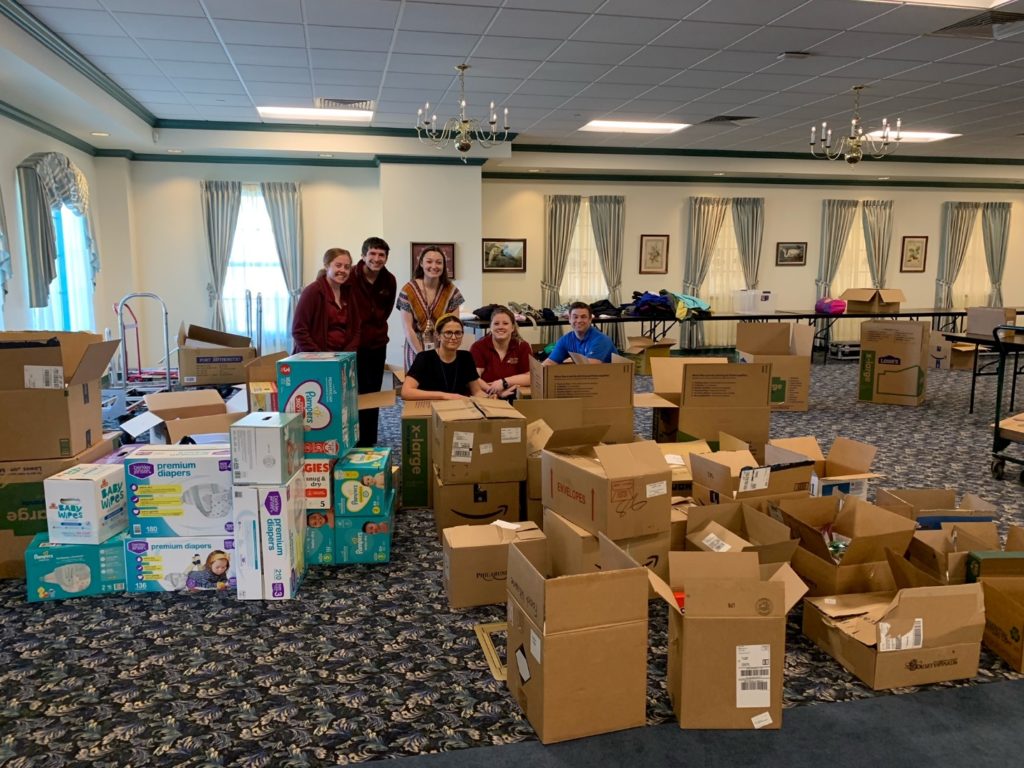 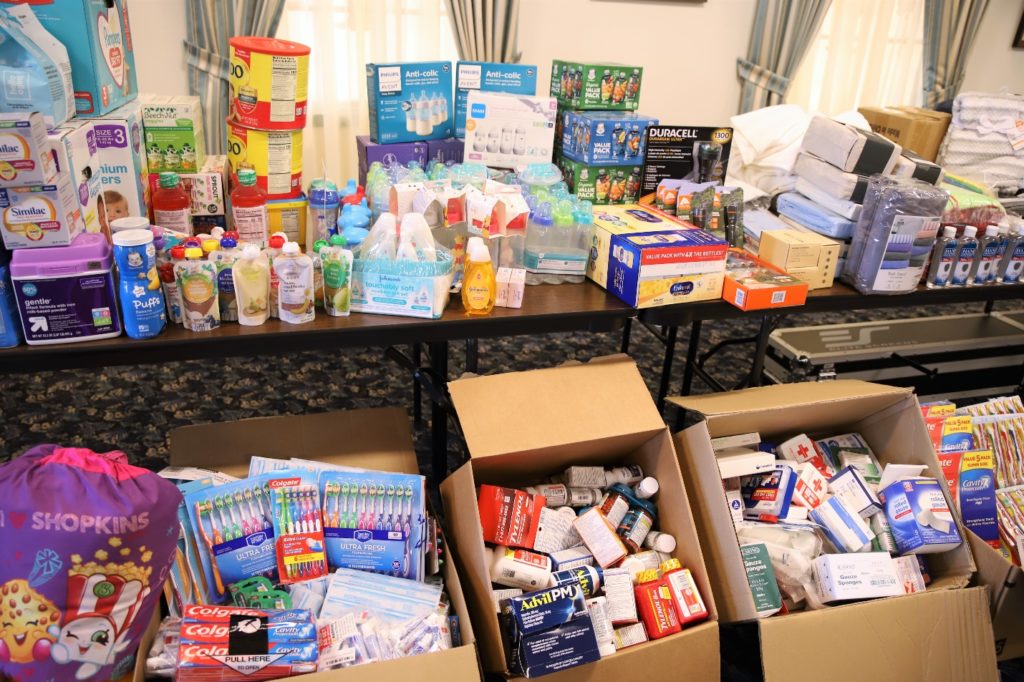 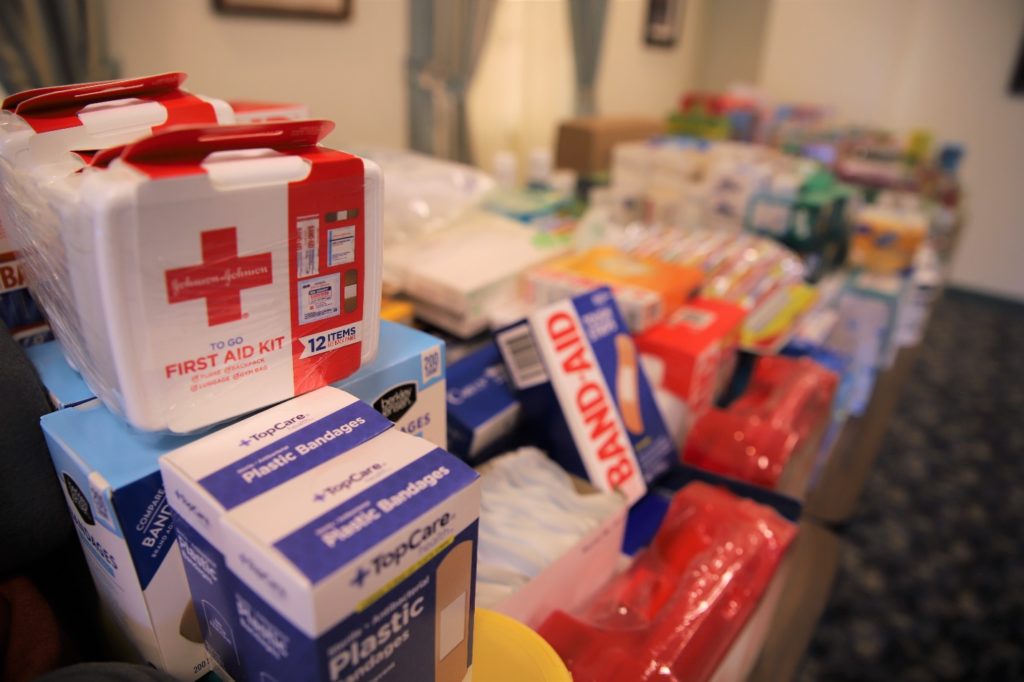 Northeast Philly is doing its part for the people of Ukraine.

Last week, Auxiliary members and PPH staff delivered a check to Olga Mykhaylyuk, president of the Ukrainian National Women’s League of America. So far, the Auxiliary has donated $3,700 and is continuing its efforts, including providing cardboard boxes for overseas delivery.

“We were amazed at the number of people who donated, residents, staff and family of residents,” said Patricia Coyne, president of the Auxiliary. “We’re thrilled to do it. It’s so rewarding.”

Mykhaylyuk, a Ukraine native who has been in the United States for 27 years, was appreciative of the PPH Auxiliary’s donation.

“We’re very thankful to the community for the support. Everyone’s effort is really helping,” she said.

The center was also pleased to receive yellow and blue rosaries from a group of nuns.

John Dubyk, a Ukrainian-American and president of the Protestant Home, joined the Auxiiary in making the trip to the center.

Donations can be dropped off at the center in Jenkintown, and checks can be made out to UNWLA Philadelphia Regional Council. There is also a Humanitarian Aid account at Philadelphia Ukrainian Selfreliance Federal Credit Union, 14425 Bustleton Ave.

Meanwhile, St. Hubert theology teacher Tom O’Leary and students were invited to pray the Act of Consecration to the Sacred Heart of the Blessed Mother for peace for Ukraine during a Friday Mass at the Cathedral Basilica of Saints Peter and Paul. They met both Archbishop Nelson Perez and the Most Rev. Borys Gudziak, Metropolitan Archbishop for Ukrainian Catholics in the United States. They hand delivered letters their class wrote to teenagers in Ukraine and prayed for them at the St. Katharine Drexel Shrine.

Elsewhere, American Heritage Credit Union employees donated goods and supplies for Ukrainian refugees. Partnering with the Ukrainian National Women’s League of America Inc., employees are providing support to civilians in Ukraine who have been displaced or injured.

American Heritage President and CEO Bruce K. Foulke also recently completed a humanitarian visit to Poland, which borders Ukraine and has seen a surge in refugees from Ukraine. In addition to delivering medical supplies to refugees, Foulke met with credit union leaders from Poland and Ukraine to identify opportunities to provide immediate monetary, logistics and equipment support to Ukrainian refugees, as well as longer-term programs to help restore economic development to Ukraine.

Established in 1925, the Ukrainian National Women’s League of America is the longest-running and largest Ukrainian women’s organization in the U.S. As a 501c3 organization, its mission is to promote and develop educational and cultural efforts and provide humanitarian assistance to Ukrainians worldwide. For more information about the UNWLA and how to support the Ukrainian community, visit www.UNWLA.org. ••