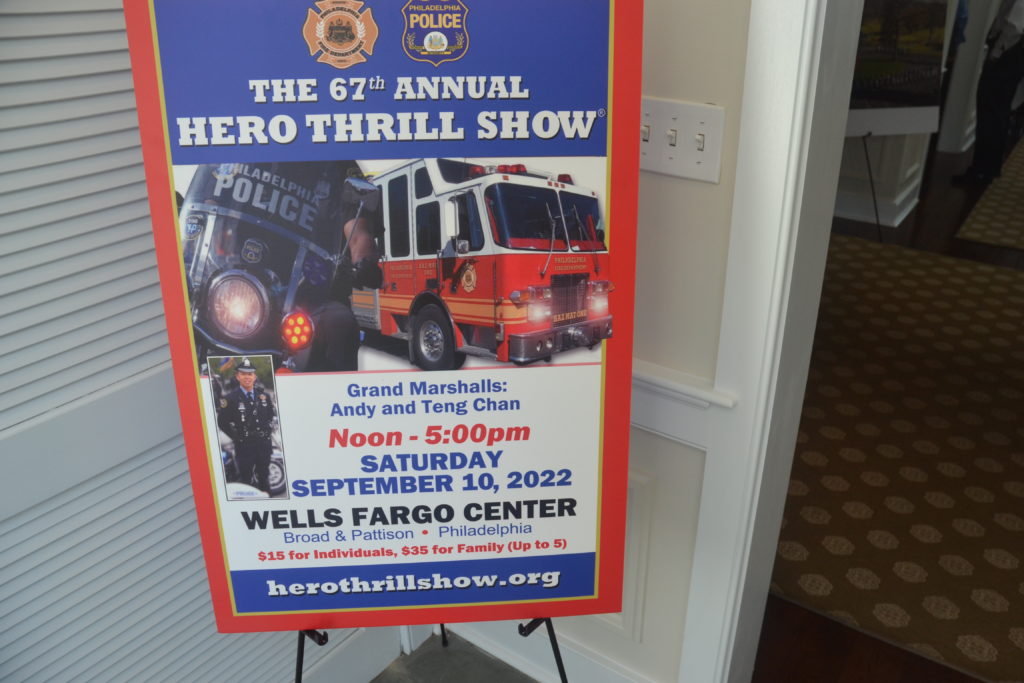 Jimmy Binns, president of Holiday Meals for Heroes, on Holy Thursday welcomed families of local police officers who died in the line of duty to an annual Easter breakfast at Sunnybrook Golf Club, in Plymouth Meeting.

The program furnishes breakfast, meals and food deliveries to area families of fallen police officers at Easter, Thanksgiving and Christmas.

Also on hand was the wife of the late State Trooper Martin Mack, Stephanie, and their two daughters. Trooper Mack was killed last month on I-95 in South Philadelphia, allegedly by a speeding drunk driver.

Philadelphia Highway Patrol Officer Andy Chan, a 24-year veteran who was severely injured in an accident as he headed to work in 2019, attended the breakfast.

Chan and his wife Teng will be grand marshals of the 67th annual Hero Thrill Show, which will take place on Saturday, Sept. 10, from noon to 5 p.m. at the Wells Fargo Center. Tickets cost $15 apiece or $35 for a family of up to five members. Go to HeroThrillShow.org. ••