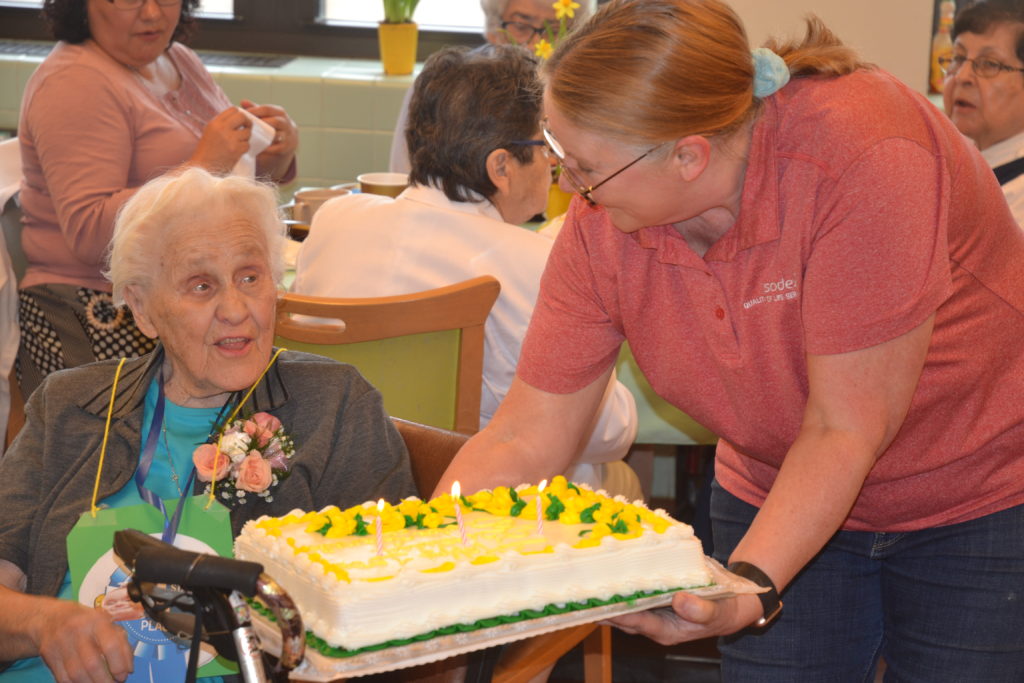 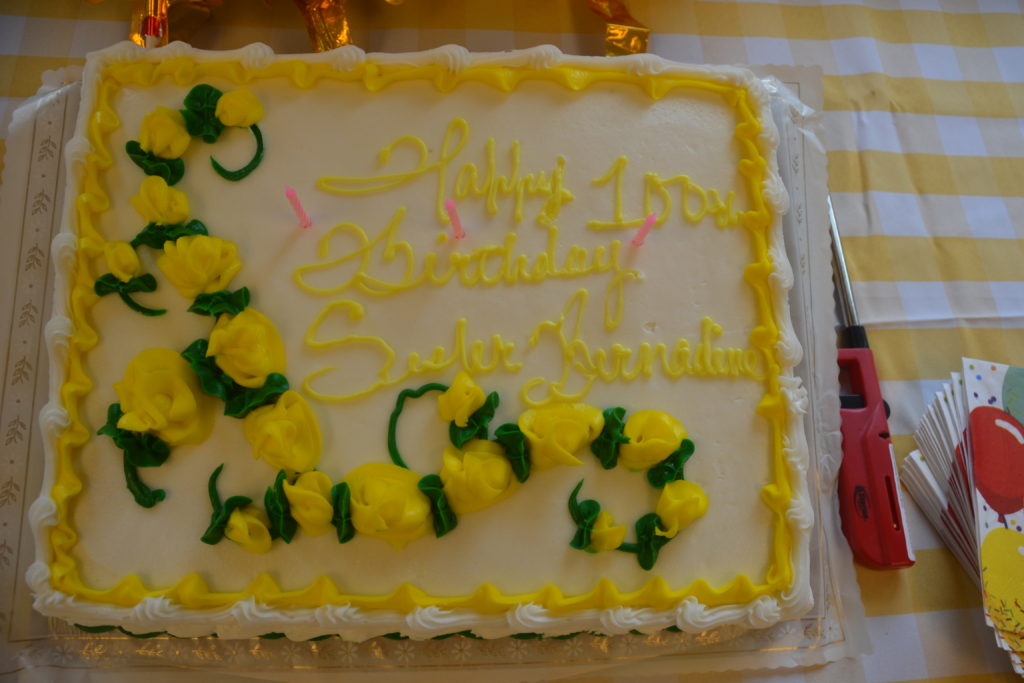 The Missionary Servants of the Most Blessed Trinity, 3501 Solly Ave., on Monday celebrated the 100th birthday of Sister Bernadine Schmalhofer, honoring her with a Mass and luncheon.

The Lancaster native was born May 2, 1922, when Warren Harding was president, she noted. She worked 16 years in an office until joining the religious community more than 60 years ago.

Almost all of her social work assignments were in the Philadelphia area, working with disadvantaged and foster children and mentally challenged adults. She taught 23 years at St. Francis-St. Joseph Home for Children in Bensalem to end her career.

At her party, she received flowers, cards, a letter from Archbishop Nelson Perez, beer pretzels from her native Lancaster and a six-pack of O’Doul’s. She’ll have a family party in Lancaster on June 5.

Sister Bernadine led the crowd in the singing of oldies but goodies such as Yankee Doodle, You are My Sunshine, You’re A Grand Old Flag, Que Sera, Sera, Side by Side, Take Me Out to the Ball Game, You Must Have Been a Beautiful Baby and The Old Gray Mare.

Sister Bernadine also showed off her comic skills, asking why we tell actors to break a leg (because every play has a cast) and what do you call a little pony with a little cough (a little hoarse).

Then she delighted the crowd with a story about Mr. Smith, who had successful heart surgery at a Catholic hospital. A Sister of Mercy asked him afterward if he had insurance or cash to pay for the procedure. No, he said. The Sister asked about any close relatives. The man said he had a sister in New Mexico, “but she’s a humble spinster nun.”

The Sister said nuns are not spinsters, but rather married to God.

“Wonderful,” Mr. Smith said. “In that case, please send the bill to my brother-in-law.” ••