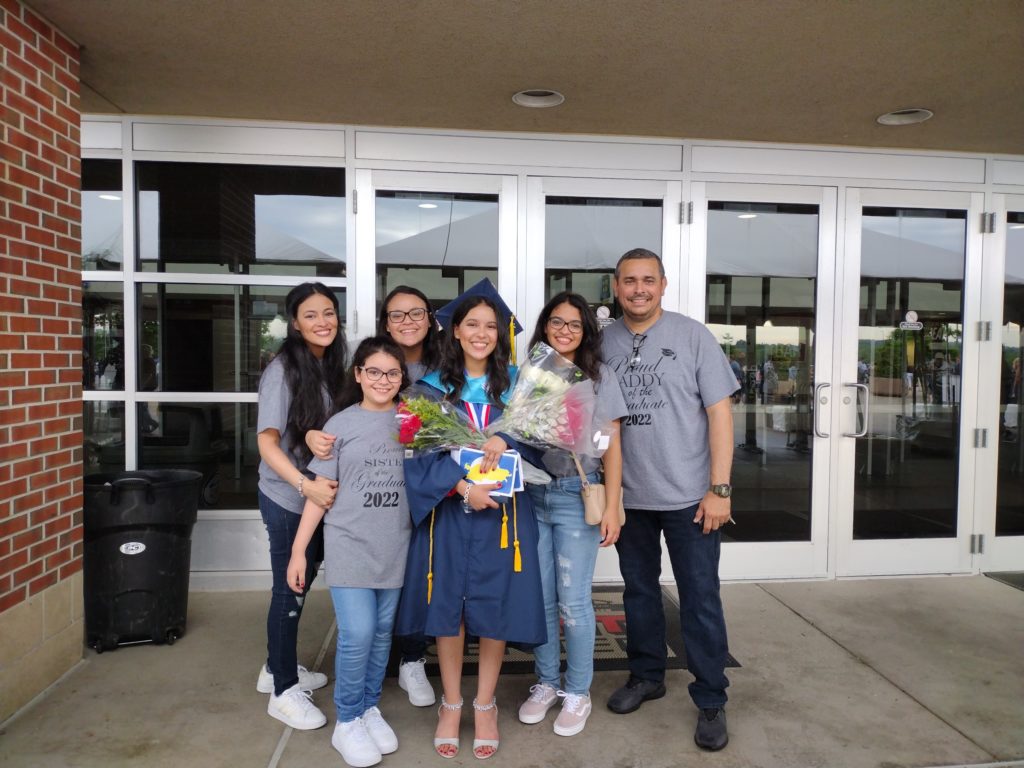 When Denise Rivera heard that her children were facing bullying in school, she knew she had to make a change.

Kids would throw pencils and chairs, pick on each other, and one student even intentionally opened peanut snacks in front of Rivera’s oldest, who has a severe food allergy.

“It was the thing where we’re like OK, enough is enough. They always loved school and they are friendly to this day, so I don’t know why they were picked on and bullied, but we couldn’t let it continue,” Rivera said.

The mother of four and her husband, Hector Rivera, began exploring other options. A family member was trying cyber school, so the Riveras decided to try it, too.

They enrolled their girls in Agora Cyber Charter School. Each morning, Rivera’s children would wake up, get dressed, and get ready for school – but they wouldn’t catch a bus. Instead, they logged onto the computer, a practice that’s typical now, but wasn’t as common when the family first started.

Fast forward and their eldest, Erica Martinez, graduated a year early and served as salutatorian for her graduating class. Now, daughter Emily Martinez has graduated early, too, as salutatorian just like her sister.

“They soared to their highest potential,” Rivera said of her daughters. “They loved it. They’ve gotten more opportunities from Agora than I think they would have had in their previous schools.”

As parents across the country push to get their kids back in classrooms, concerned that their children are missing out on important socialization and suffering academically with online learning, others have found cyber school a favorable choice even before the pandemic began.According to Agora’s director of enrollment, Ilene King, Agora serves many students with learning differences who find online learning in the home easier. Thirty percent of Agora’s student body have an IEP, King said.

“What you do by bringing the public school into the safety and comfort of the home is you remove all the distractions,” King said. “They are focusing only on their education.”

For the Rivera/Martinez family, it was about those distractions and bullying. But Emily Martinez makes it clear that her journey has been far from socially isolating.

“Some people, I think, believe that online school can hinder students from interacting with other kids outside of school or getting involved in other activities,” Martinez said. “Even though we are at home doing school and we don’t physically see our classmates, I still like to get involved in anything I can inside and outside of school.”

While enrolled at Agora, Martinez was able to take piano lessons, work at her church and even form a band with her sisters. The girls would play live events, such as weddings or birthday parties.

Agora also organizes excursions for students so they can meet one another in person.

During her time at the statewide cyber school, Martinez was editor-in-chief of the Agora Times newspaper, co-leader for Time for Christ club, secretary of National Honor Society, a tutor and humanitarian aid organizer.

She also felt challenged by her classes. Even before graduating, Martinez knew she wanted to be a pediatric nurse. She was able to take relevant elective classes and graduate early.

“After we enrolled in cyber school, I was able to excel and later be put into the honors program during high school. We appreciate that because we feel that Agora values the students who are truly dedicated to their education,” Martinez said.

Applying to Agora is a three-step application process, and enrolling is free, as it is a public school.

As the world reconsiders the way it educates, works and interacts with technology, cyber school is one option that might really benefit some students who struggle in a traditional public school setting, or those who have certain goals.