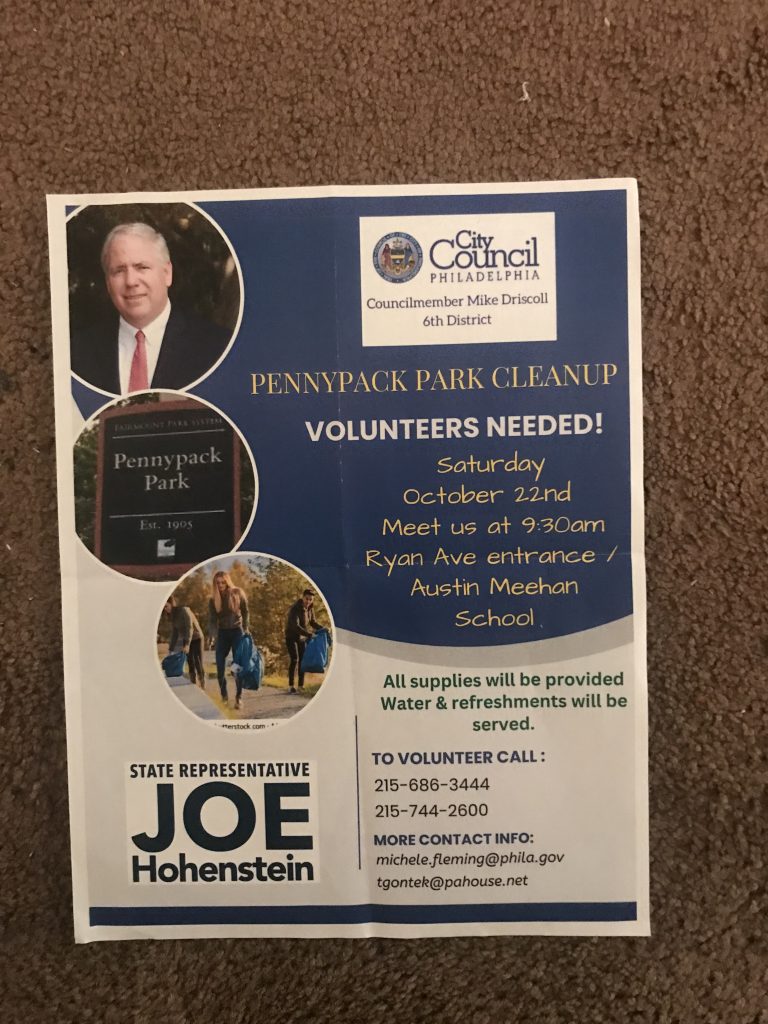 Several residents complained about a lack of input, that the streets are too narrow for the work, that the work takes up parking spots, that contractors have performed shoddy work in the past and that the construction presents a safety issue for motorists.

Work of this kind has been ongoing since 2011, and the Water Department employees said immediate neighbors are sent letters in advance before construction begins.

In other news from the Oct. 11 meeting:

• The civic executive board voted to write a letter of non-opposition for a property at 7777 State Road. Morris Iron & Steel owner Ron Greller was in attendance, explaining that his scrap-processing company is on land that is zoned industrial and can operate by-right, but needs zoning approval because of an overlay in the 6th Councilmanic District that prohibits junkyards. Morris is not a junkyard, but fell into that category when the overlay was adopted. The civic group approved Morris operations at a meeting in 2014.

• City Councilman Mike Driscoll and state Rep. Joe Hohenstein are organizing a cleanup of Pennypack Park on Saturday, Oct. 22. Volunteers are invited to meet at 9:30 a.m. at the park’s Ryan Avenue entrance, near the former Austin Meehan Middle School. Supplies will be provided, and water and refreshments served. Call 215-686-3444.

Meanwhile, Driscoll has closed the 6th Councilmanic District office at 6730 Torresdale Ave. and will be opening an office in a nicer area at 7552 Frankford Ave.

• Hohenstein and the city Department of Behavioral Health and Intellectual Disability Services will sponsor a training in Narcan, which can save a life during an opioid overdose, on Oct. 20 at Tacony Library, 6742 Torresdale Ave. Start time is 7 p.m. Call Hohenstein’s office at 215-744-2600.

• Nominations will be taken through November for the civic group’s president and secretary. There will be no November meeting, as the scheduled date falls on Election Day. The next meeting will be on Tuesday, Dec. 13, at 7:15 p.m. at Holmesburg Recreation Center, at Rhawn and Ditman streets. ••