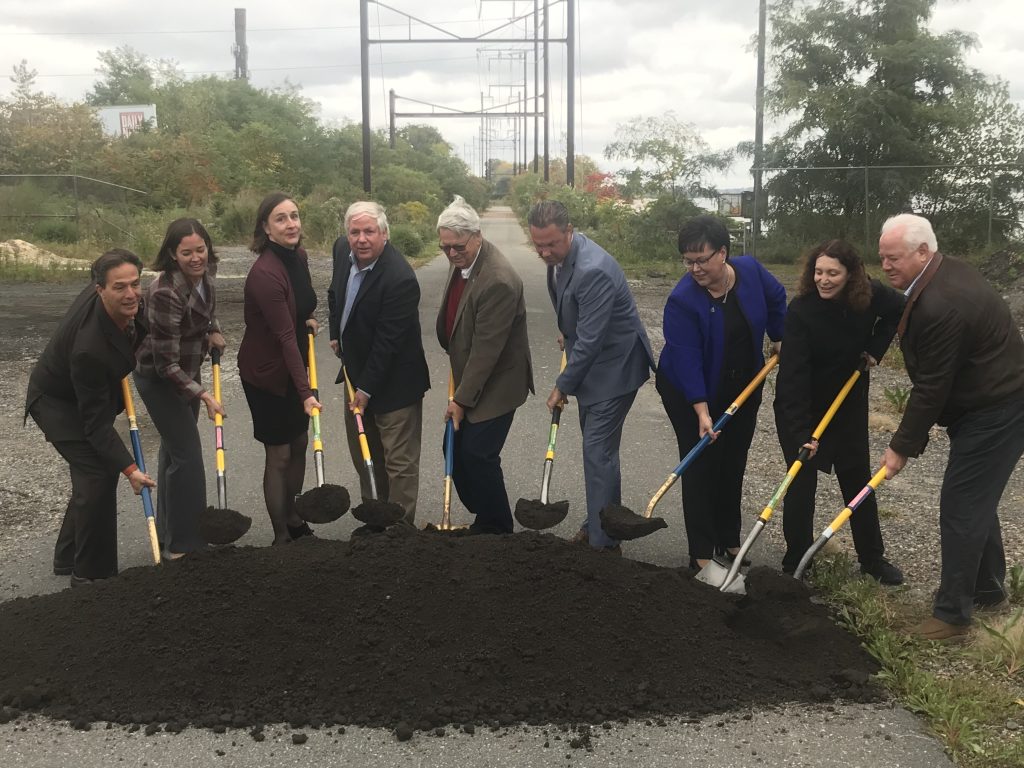 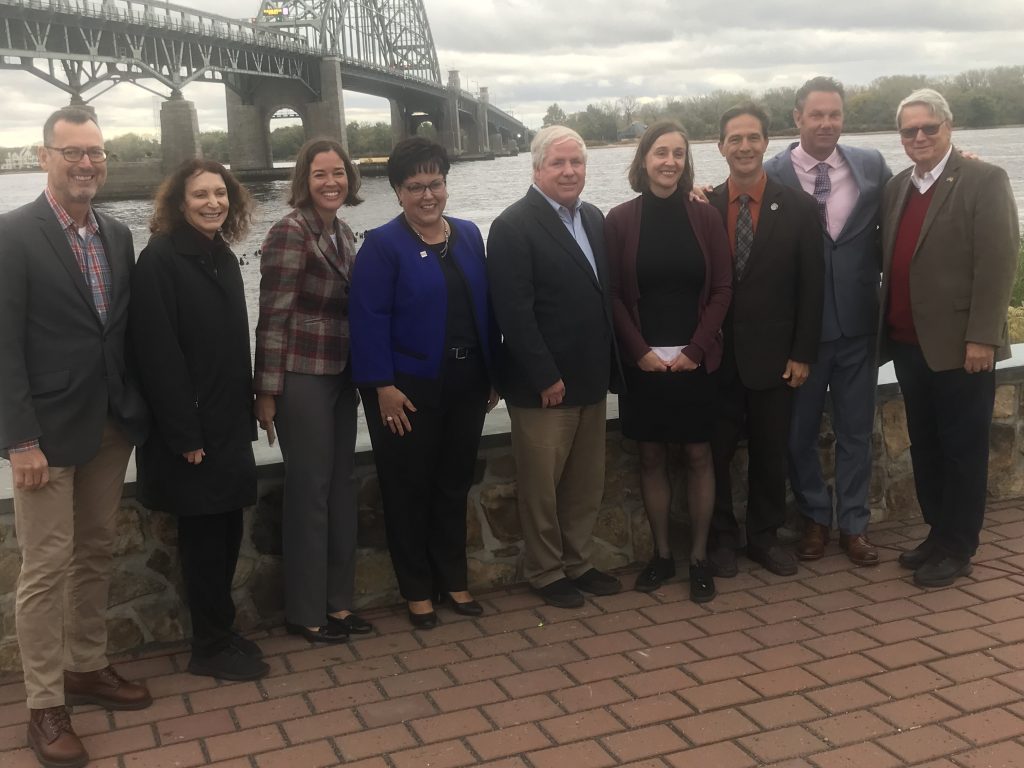 Riverfront North Partnership officials and others gathered at Lardner’s Point Park, 5202 Levick St., on Monday morning to celebrate the groundbreaking of the K&T2 trail segment.

The 0.6-mile trail segment is the newest addition to Riverfront North’s planned 11-mile network of trails and parks along the Delaware River. When complete, it will connect Lardner’s Point Park at the base of the Tacony-Palmyra Bridge to the Tacony Boat Launch, via a 12-foot-wide multi-use trail.

The trail is also a segment for the East Coast Greenway, a 3,000-mile trail from Florida to Maine.

The theme of the day was continued access to the river after decades of neglect.

“We should be very proud of what God has given us,” Boyle said.

Lovell credited Borski and Phillips for their ambition, vision and leadership, adding that the Riverfront North team does its work quietly.

“It’s a small but mighty organization,” she said.

Driscoll said Riverfront North works on “transformational” projects. The newly elected Dillon took a recent waterfront tour with Borski and described the river as a “priceless resource.” Hohenstein is a member of the House Fish and Game Committee, adding that Riverfront North has completed a “string of pearls” that has allowed people to enjoy fishing and other recreational activities.

Starr said, one day, people will be able to bike on a continuous trail from the Northeast to Canada or Key West.

Gabor said Link Logistics, which is building a warehouse at 7101 Milnor St., donated a portion of its ground for use as a trail.