Eskin, Martelli among local icons honored at the Philadelphia Sports Hall of Fame 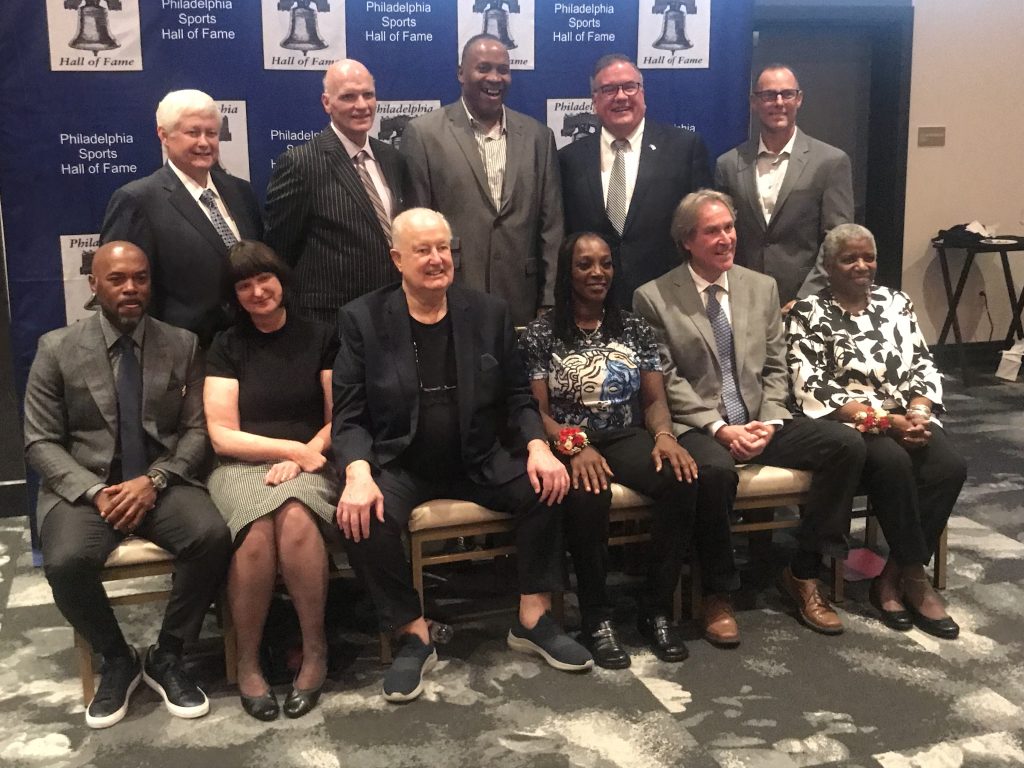 What does a Northeast High graduate and a former teacher at St. Martin of Tours have in common? They’re tried and true “Philly” guys and, now, are Philadelphia Sports Hall of Famers.

Howard Eskin – who grew up in Rhawnhurst and graduated from Farrell Elementary School and Northeast (class of 1968) – was inducted for a “Legacy of Excellence” award from the hall, but he was not able to receive it in person due to his prior commitments with the Eagles radio broadcast. The two-time Emmy Award winner had colleague Rob Maaddi accept the award on his behalf. Eskin launched 610 WIP’s initial sports talk show in 1986, in addition to hosting the No. 1 show on air when WIP moved to 94.1 FM in 2011. This is the fifth Hall of Fame honor the area native has received in his career, as he is already a member of the Northeast High School Wall of Fame, the Pennsylvania Sports Hall of Fame, the Broadcast Pioneers’ Hall of Fame and the Philadelphia Jewish Sports Hall of Fame.

Widener graduate Phil Martelli considers the call to the hall with this class an honor.

“It’s very humbling,” Martelli said. “It’s a tremendous honor because of the esteem I have for Philadelphia. To think that someone thinks that I belong in this category is honoring.”

Martelli knows quite well that the Philadelphia sports scene can get knocked for its rabidness. After all, the St. Joe’s Prep graduate (class of ‘72) spent 24 seasons as head coach of the St. Joe’s men’s basketball program, where he compiled 444 wins, which included that memorable 27-0 regular season for the Hawks in 2003-04 that ended when the program reached the Elite Eight in the NCAA Tournament. An honor like this, though, isn’t just about what happens on a basketball court for Martelli.

“For me, whether it’s St. Joe’s, Bishop Kenrick or an assistant at St. Joe’s, I’m so appreciative of the memories and the lifetime relationships I’ve taken with me,” the four-time Atlantic 10 Coach of the Year said. “The wins, rings and trophies are nice, the Hall of Fame? Especially humbling. But it’s the memories and relationships, and they go all the way back to St. Martin of Tours on Roosevelt Boulevard when I taught there. I’ve been very fortunate.”

This year’s class brings the Hall of Fame roster to 289 individuals, 11 historical teams, two organizations, three classic Philadelphia sports venues and 2 events with 19 different sports represented at the professional, collegiate and scholastic levels. The Philadelphia Sports Hall of Fame is an all-volunteer, nonprofit operation founded in May 2002.

For more information on all the Hall has to offer, head to philadelphiasportshallofame.org. ••