How local reps voted, or didn’t vote, on Krasner impeachment 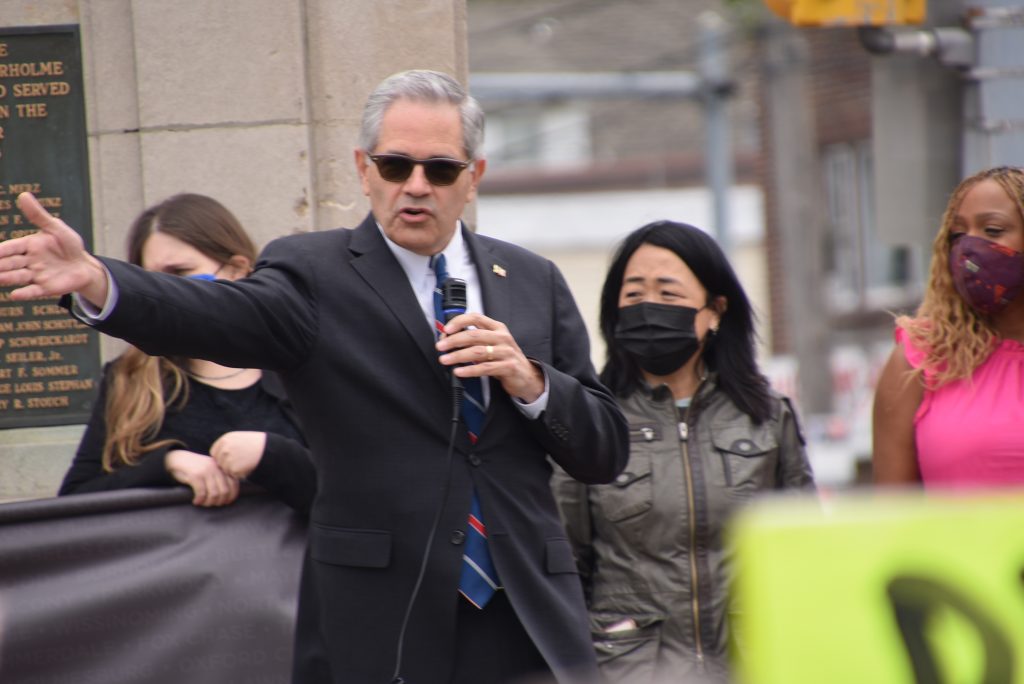 State Rep. Jared Solomon, a lawyer, was appointed to the three-member committee of managers for the Senate impeachment trial of District Attorney Larry Krasner.

“As a legislator and as a member of this committee, I have a deep honor and respect for the law and for the integrity of our Constitution,” Solomon said. “I take this role as an opportunity to carefully review facts and present evidence knowing there is a difficult burden of proof. Without legal precedent for impeachment in these circumstances, it matters more than ever that we put constitutional integrity above partisan inclination and judiciously review what is before us.”

House Speaker Bryan Cutler also named Reps. Craig Williams and Tim Bonner as managers, saying the three managers “exemplify the competency and character required in this moment. Their credibility cannot be understated, and each of their diverse experiences and education will help ensure this process is treated with the utmost professionalism and thoroughness. This trial must be transparent and presented at the highest possible standard, something this committee is more than capable of doing.”

Removal from office requires a two-thirds majority vote of the Senate. If all 28 Republicans and the one independent who caucuses with the GOP vote to convict, it would take five Democrats to join them to oust Krasner.

The House voted 107-85 to impeach Krasner, with no Democrats voting in favor. House Majority Leader Kerry Benninghoff made the following statement:

“By impeaching Philadelphia District Attorney Larry Krasner, we put ourselves on the record that we stand with the people of Philadelphia who have been living in fear for their lives and the safety of themselves and their families. We are standing up for those who do not have a voice, but long for safety and freedom from fear.

“What is clear is that the Philadelphia district attorney, through his improper use of prosecutorial discretion, has implemented policies and mismanaged his office in such a way that its purposeful ineffectiveness in combating the crime and violence crisis gripping the city has contributed to the problem itself. We did not take this path lightly or with joy and eagerness. But the impeachment of Philadelphia District Attorney Larry Krasner is without a doubt the right thing to do.”

Reps. Kevin Boyle and Ed Neilson did not vote. Boyle said he had a pre-scheduled medical procedure that took him away from the Capitol. Neilson said he was tending to a personal matter.

Krasner issued a statement that read, in part, “Each Philadelphia voter is not just 3/5ths of a voter. Philadelphia is not Pennsylvania’s colony. Philadelphians get taxation and representation. Philadelphians’ votes, and Philadelphia voters, should not be erased. History will harshly judge this anti-democratic authoritarian effort to erase Philly’s votes – votes by black, brown and broke people in Philadelphia. And voters will have the last word.”

Hohenstein issued a statement outlining why he believes the impeachment resolution was wrong. He said the investigation focused on one political lightning rod instead of what he said are complicated issues and causes of violence. He said the move to impeach one person for a statewide and nationwide problem does not make people safer.

Hohenstein said, “The maker of the resolution (White) is not following any recognizable rule or process. This single member, not a member of the Judiciary Committee or of the select committee, is making a last-minute, lame duck-session desperation move to impeach another duly elected official over political differences … The maker of this resolution has abandoned established practice, precedent, and commonsense rule of law to go after one single individual based on an incomplete investigation without evidence. This is shameful.”