A fitting tribute for ‘Our Joseph’ 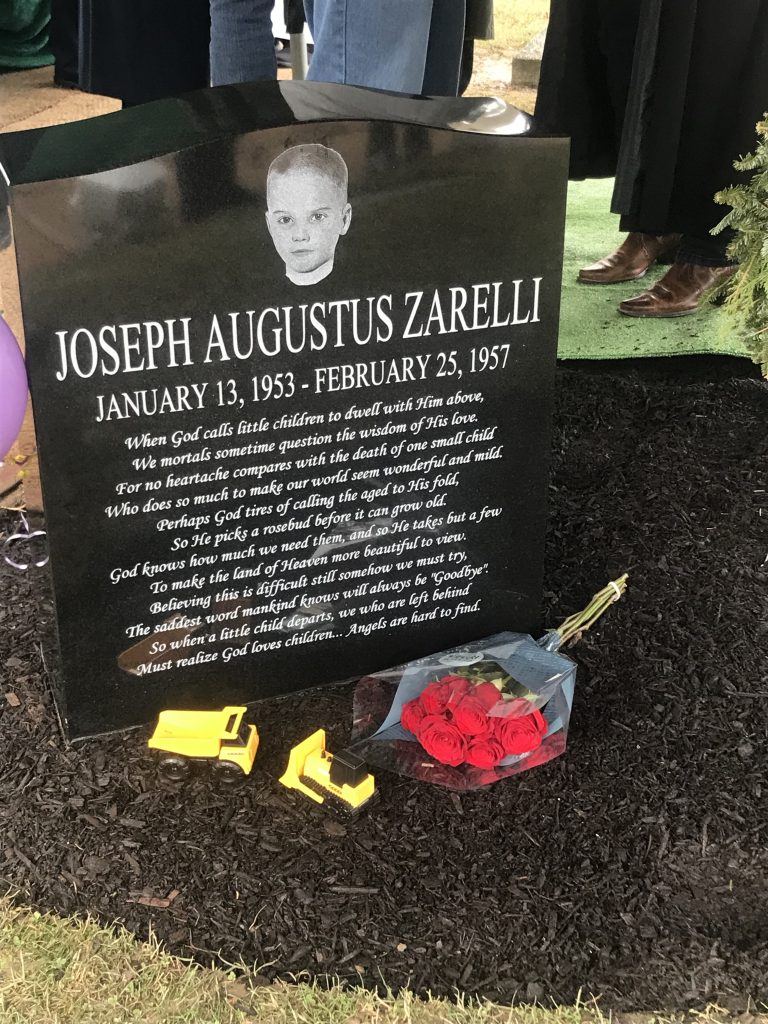 Joseph’s grave is just inside the entrance of Ivy Hill, 1201 Easton Road. The site has long been the home to a bench dedicated by Vidocq; a stone with the words, “Heavenly Father, Bless this Unknown Boy,” that had been at Potter’s Field, in Parkwood; and a headstone dedicated in 1998 to “America’s Unknown Child.”

Once Joseph was identified in December, Vidocq worked to engrave his name and date of birth on the headstone and, with the help of Ivy Hill and DeChristopher Brothers – Monuments & Memorials, erected a new grave marker with Joseph’s picture and words to the following in loving memory poem:

“When God calls little children to dwell with Him above,

We mortals sometimes question the wisdom of His love.

For no heartache compares with the death of one small child,

Who does so much to make our world seem wonderful and mild.

Perhaps God gets tired of calling the aged to His fold,

So He picks a rosebud before it can grow old.

God know how much we need them and so He takes but a few,

To make the land of Heaven more beautiful to view.

Believing this is difficult still somehow we must try,

The saddest word mankind knows will always be ‘Goodbye.’

So when a little child departs we who are left behind,

Must realize God loves children … Angels are hard to find.”

The dedication took place on what would have been Joseph’s 70th birthday.

The so-called Boy in the Box’s body was dumped on then-rural Susquehanna Road, a little west of Verree Road, in Fox Chase in 1957. He was found in a bassinet box from the JC Penney at 69th and Chestnut streets in Upper Darby, having been killed by blunt force trauma.

As no one reported Joseph missing or claimed him after he was found, he was buried in Potter’s Field at 12898 Dunks Ferry Road. He was later reburied at Ivy Hill after his body was exhumed in a search for forensic evidence. The story was chronicled on America’s Most Wanted and dramatized on Cold Case.

Thanks to work by detectives, modern forensics, the Medical Examiner’s office and Identifinders International, police announced his identity and birth date of Jan. 13, 1953. He was 4 when he died and lived near 61st and Market streets.

Joseph’s parents have passed away, but he has living siblings. Police have not identified the siblings or said where they live.

The Rev. Jim MacNew, chaplain for the Michael the Archangel Ministry, told the crowd that Joseph is in the fullness of life.

Vidocq’s William Fleisher is glad that “Our Joseph” has an identity.