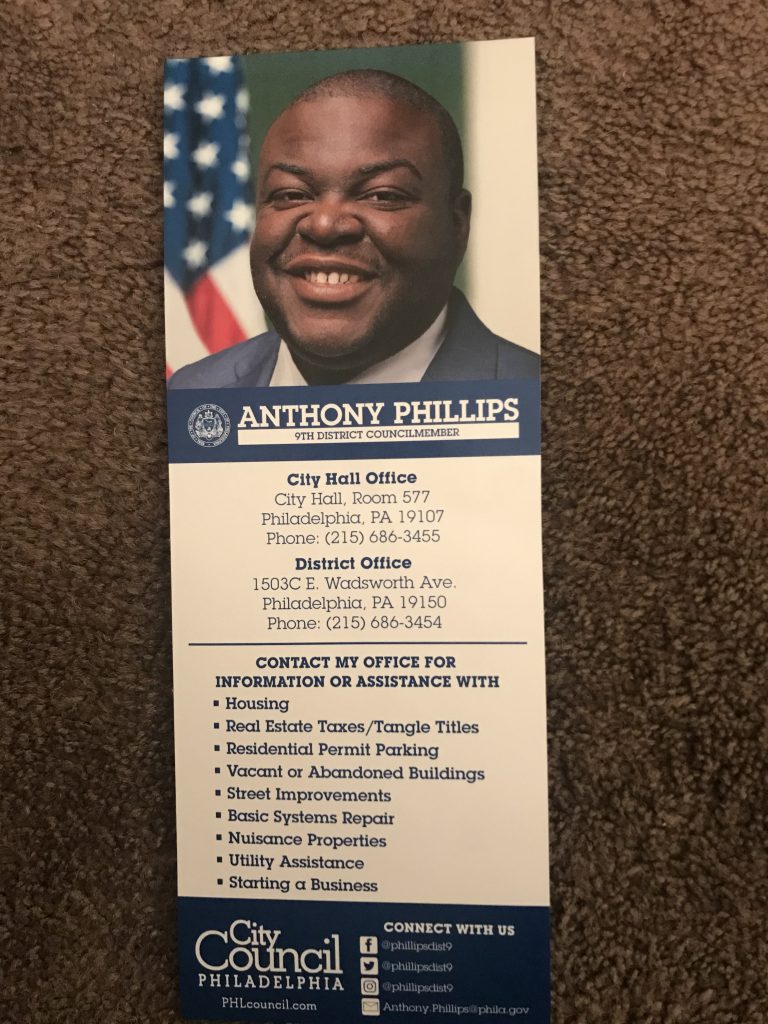 Mroz and two members differed sharply at one point, with the members demanding action on illegal parking and the officer saying the district lacks manpower.

Specifically, some members say a lack of parking in the neighborhood is exacerbated by bump-outs built to capture stormwater. To make matters worse, some motorists park next to the bumpouts, preventing other cars from passing.

Mroz said the 2nd district did not get any officers from the recent police academy graduating class of 38, adding that 100 or so officers were deployed to tackle gun violence in four districts, but not the 2nd.

City Councilman Anthony Phillips suggested that the Philadelphia Parking Authority be enlisted to write tickets for those double parking next to bump-outs.

Of 69 stolen autos, nine were left running. There were 31 Kias stolen, along with 19 Hyundais.

Kimrey encouraged people to apply to join the police department, pointing to the good salary and medical benefits.

In other news from the Jan. 19 meeting:

• Councilman Phillips is looking forward to setting priorities for the city budget, and expects street cleaning and a ban on tractor-trailer parking in residential areas to be top issues. The councilman is wary of the SEPTA Bus Revolution, saying he doesn’t think it’s a good idea to decrease the number of stops, as has been proposed by some. One man suggested trash cans and shelters at SEPTA bus stops.

• New state Rep. Anthony Bellmon has a sign at his office at 7215-B Rising Sun Ave., but the state has yet to set up phones, computers and the internet. Constituents can email him at RepBellmon@PaHouse.net.

Bellmon was an educator, then an aide to U.S. Rep. Brendan Boyle before being elected last year. The 203rd Legislative District goes from 5th Street and Godfrey Avenue to Castor and Cottman avenues. Bellmon chairs the PA Safe Caucus, which focuses on crime, gun violence and mental health treatment. He’s also joined the Climate Caucus, and hopes to be named to the Transportation Committee.

There are several upcoming cases that have already been heard by the LCA. The group supports plans for four apartments at 400 Gilham St. (hearing on Feb. 1) and an auto repair shop at 6701 Rising Sun Ave. (hearing on March 15). The LCA opposes a covered patio and parking with a narrow setback at 426-28 Sentner St. (hearing in late April).

• The Lawncrest 4th of July Committee will meet on Wednesday, Jan. 25, at 7 p.m. at Lawncrest Recreation Center, 6000 Rising Sun Ave.