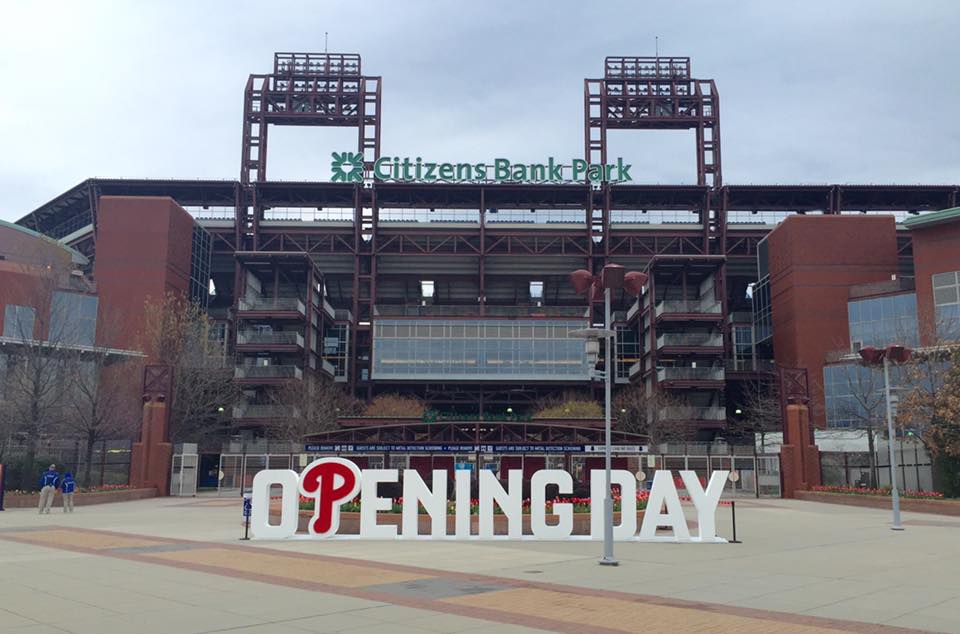 The Phillies will open the 2019 season on Thursday, March 28.

The game will be broadcast on NBC10 and SportsRadio 94 WIP.

The NBC10 Welcome Home Phillies special airs from 2 to 3 p.m.

NBC Sports Philadelphia will stream the game as well as the pre- and post-game shows on www.nbcsports.com/philadelphia and on the new My Teams app by NBC Sports.

Fans can check in using the free MLB Ballpark app to receive special offers for retail, concessions and more at Citizens Bank Park.

Opening day ceremonies will be streaming live on the Phillies’ Facebook and Twitter accounts. Also, check out MLB’s At Bat app for stats, scores and more.

Log on to www.511pa.com or call 511 from any phone to check traffic conditions.Transit services are also available. For a SEPTA schedule, visit www.septa.org

Below is a timeline.

2 p.m. — Questlove DJs at the Third Base Plaza.

2:35 p.m. — As representatives from the U.S. military unfurl a large American flag, the Philadelphia Boys Choir and Men’s Chorale will sing Philadelphia, U.S.A. and America the Beautiful. State flags will be carried onto the field by members of the Philadelphia Police and Fire departments.

2:55 p.m. — The Frog-X Parachute Team, made up of former U.S. Navy Leap Frogs, will parachute onto the field delivering the first balls.

5th Inning — The Phillie Phanatic’s first dance of the season.

Postgame — Questlove will DJ for 90 minutes postgame at Pass and Stow, adjacent to the Third Base Plaza.

All of the above events are subject to change, weather and wind permitting. ••

Esposito has Tigers hanging around playoffs