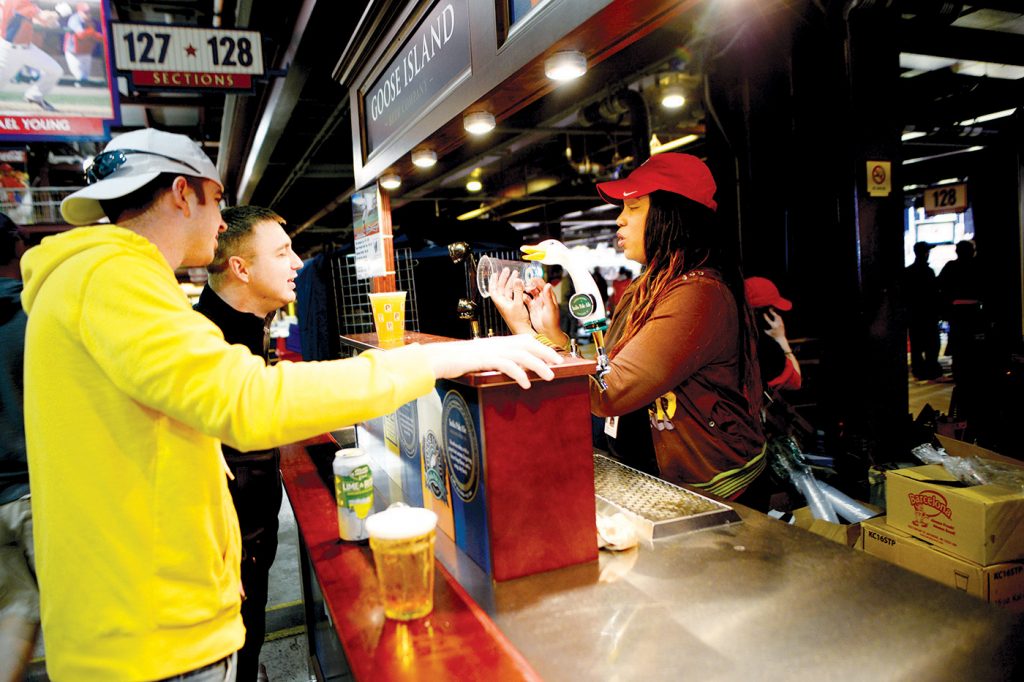 The Phillies and Aramark, Citizens Bank Park’s exclusive food and beverage provider, have transformed 24,500 square feet of space adjacent to the Third Base Plaza into Pass and Stow, a new area that features an outdoor beer garden, Goose Island Bar at the Park; Foundry Pizza, serving brick-oven pizza; a family-friendly sports pub; and 44 TVs to catch game action.

The offseason upgrades also include a 120-seat Shake Shack.

“We are always striving to make the Phillies fan experience the best in baseball,” said David Buck, Phillies executive vice president. “With this, we are excited to partner with Aramark to bring an outdoor beer garden to the ballpark, complete with an open-patio concept and backyard type feel. Pass and Stow’s sports pub and Shake Shack are also great additions for our fans. Not only will these social spaces feature a wide array of food options, but also fun design elements that tie into Phillies history and Philadelphia’s iconic Liberty Bell.”

Pass and Stow is an historic nod to the Liberty Bell, which has been part of the Phillies brand and logo for many years. The name is derived from the two Philadelphia foundry workers, John Pass and John Stow, who recast the original bell in 1753, and whose names are inscribed on the bell.

Immediately upon entering the Third Base Gate, fans will experience the outdoor beer garden, Goose Island Bar at the Park, featuring a variety of beers, wine and spirits, and Foundry Pizza of Pass and Stow. The first of its kind at Citizens Bank Park, this open-air, food and drink destination will span 11,500 square feet, seat 250 fans and have ample standing room. Additional features include fire pits, picnic tables, a 30-foot by 50-foot pergola adorned with lights and a Phillies-etched water feature.

Continuing with the Liberty Bell theme, the Phillies are bringing back the iconic 19-foot high Liberty Bell that was once located atop Veterans Stadium. The newly refurbished bell will be prominently displayed as fans approach the ballpark, providing a photo opportunity.

For the first time, Shake Shack is bringing its sit-down restaurant experience to a sports venue, with seating for 120 fans. This popular modern-day “roadside” burger stand will now serve its classic burgers, crinkle-cut fries, hand-spun shakes and more at the ballpark. More than 6,000 square feet, Shake Shack will be adjacent to Pass and Stow.

“We’re continually working with the Philadelphia Phillies to deliver new and innovative ways to enhance the food experience for fans at Citizens Bank Park,” said Brent Hardin, vice president, East Region, Aramark’s Sports and Entertainment division. “We’re confident these upgrades will further add to an already robust lineup of offerings and give fans even more to cheer about this season at Phillies games and other ballpark events.”

All of these new attractions will be ready for fans starting with the home opener against the Atlanta Braves on Thursday, March 28. Pass and Stow will be open two hours before the start of each home game, and will remain open until post-game. Shake Shack will be open during normal home game hours. ••

Flyers can find a good player with 5th pick