It was raining on the day Morrell Park resident Kailey Walker and her mother Shannon Sperduto went to Bloomsburg University to gather Kailey’s things for the unexpectedly shortened semester. Through the weather, Shannon spotted little flashes of bright yellow scattered on the ground throughout the campus.

They were rocks painted with inspirational and bright messages, Kailey told her. The transition to college can be tough for students, so why not create something that could make the transition a little easier?

“It made me smile on a miserable day,” Sperduto said.

Kailey hadn’t been back home for long when she asked to go gather rocks to create their own inspirational messages. Fifty rocks, plenty of colors and one cleared dining room table later, and they had their own arsenal of inspirational rocks to place around Northeast Philadelphia.

With Kailey’s brother Anthony, they waited until dark to drive around and place rocks at places such as hospitals, police districts and fire stations – places where people working hard during the COVID-19 pandemic would see and appreciate them.

“I can’t even imagine what essentials workers and healthcare workers are going through,” Kailey said. “This was just something to make them smile.”

Once those were covered, they moved to supermarkets, bus stops and walking paths. The rocks were adorned with messages like “Keep your sunny side up” on a cartoonish painting of an egg, or rocks made to look like doctors and nurses.

Sperduto said she didn’t think of the rocks much after the initial delivery. As the community ambassador for Mission BBQ, she is well-connected with first responders in the area. A few days later, she was tagged in a Facebook post by nurses with pictures of the rocks, saying they made the nurses smile. Soon after she received texts from local police.

“We were bringing smiles from a rock,” Sperduto said. “Who knew.”

When Kailey went to deliver cupcakes to nurses at Jefferson Torresdale Hospital, she also dropped off a few rocks. She said when the nurse saw the rocks, she started crying.

“I’m just giving you rocks, why are you crying? She said that it brought so many smiles especially during this time,” Kailey said.

That was the moment Kailey knew she had to keep painting. With her younger brother Anthony also on board, they’ve created a combined 300 rocks, spending four hours one Friday night and most of their Saturday morning crafting the picker-uppers. Art runs in the family – Kailey is a 2019 graduate of Arts Academy at Benjamin Rush, and both kids take after Sperduto, who is an artist.

But it’s no longer just a family affair. One night Sperduto got a text with a picture of a painted rock thanking them for their creativity – only, they hadn’t painted the rock. The trend is catching on.

“We know about five or six other families personally who have started painting their own rocks,” Sperduto said.

They’ve created the Facebook group Philly Special Rocks to document their work and others. Find the group at https://www.facebook.com/groups/231093268176678/.

In the past week, Anthony created rocks honoring George Karusky, a senior at Archbishop Ryan who passed away last week. He delivered some of the rocks to his father before the teammates did a drive by past the house.

Earlier, Kailey delivered a rock to one of her friends who had gotten diagnosed with COVID-19 and had been in ICU. The rock simply said, “You got this.”

Sometimes, a message of encouragement can go a long way. •• 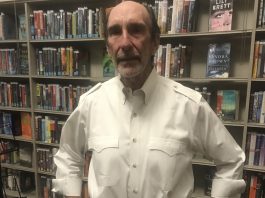 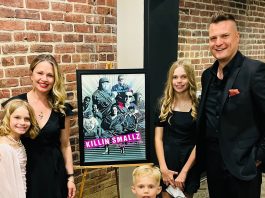