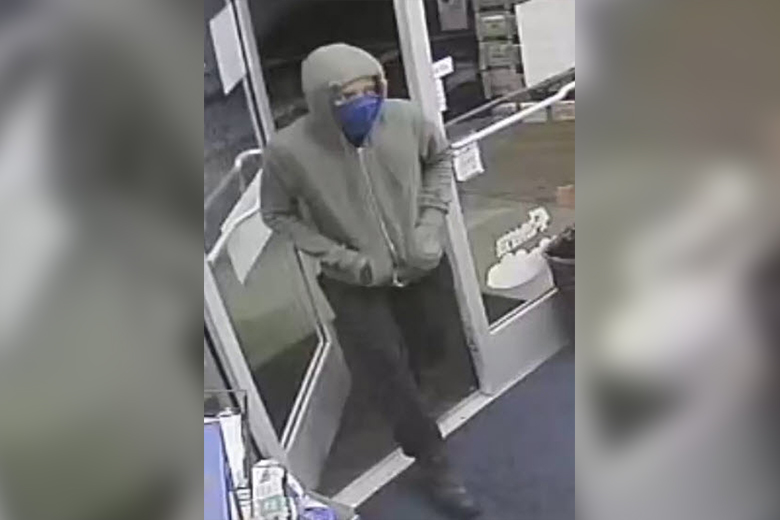 Police have released surveillance footage showing a man who attempted to rob the Sunoco gas station at 13000 Bustleton Ave. with a handgun.

The man entered the site Sept. 3 at 8 p.m. He approached the counter and threw a plastic bag at the employee, saying, “Give me the money, open the register, and hurry up.”

After the employee refused to comply, the suspect pointed a handgun at the employee and struck him on the back of his head with the gun.

The suspect fled the gas station without taking any money. He was last seen north on Bustleton Avenue.

Anyone with information should contact Northeast Detectives Division by calling 215-686-3153.