The Women’s Animal Center began 152 years ago in Philadelphia to advocate for animal rights and find loving homes. Today, the non-profit carries on that mission with its center in Bensalem.

Even though Maggie was adopted from the Women’s Animal Center eight years ago, the friendly dog still visits quite frequently – she even has her own bed in the CEO’s office. After all, bringing her pet to work every day is one of the perks CEO Cathy Malkemes enjoys about her job.

Maggie was surrendered to the center in 2013 with a broken leg and lacerations. When Malkemes noticed the shepherd/lab mix was looking depressed, she started bringing her into the office for a little “desk fostering.” After about two weeks, Malkemes knew she was going to adopt her.

Beside the CEO’s desk Maggie may seem like she’s the pup in charge, but really, a lot of pets end up returning to the center. It’s not just a shelter for dogs, cats and other small animals – it also has an animal hospital, dog training classes, an education center, a community room and more that make it vital to the local animal community.

Now that there are 3,500 animal shelters nationwide, the Women’s Animal Center began in Philadelphia 152 years ago and has helped countless animals find loving homes.

“It really is a center from the start of pet ownership when someone adopts an animal, all the way through their lives,” Malkemes said.

The Bensalem location is the descendent of the Women’s Animal Center’s first location at 1320 Chestnut St. in Center City. The site relocated to 30th and Clearfield streets in North Philadelphia for 125 years before settling at its current site, 3839 Richlieu Road, 25 years ago.

When the Pennsylvania Society for the Prevention of Cruelty to Animals was founded in 1867, a group of Philadelphia women wanting to be involved were not allowed to serve on the board of directors because it was not acceptable at the time.

Led by Caroline Earle White, the group of women founded the women’s branch of the SPCA in April 1869, and by April 1870 had taken over a local dog pound and renamed it a shelter. The women fought against the manner in which stray animals were treated back then, including capturing and killing them. They also raised money to build watering station troughs around the city for carriage horses, and advocated against animal cruelty and abuse.

As the shelter grew throughout the years, it became a voice for the voiceless, pioneering the nation’s first humane education programs, first free veterinary clinic and first anti-vivisection society.

With March being Women’s History Month, the staff wanted to look back at the founding of the nonprofit and the impact it’s had in saving countless lives and getting animals into homes around the country.

Today, the center typically holds around 90 or 100 animals at a time, but has the capacity to house more than 200 animals. During COVID-19, there was a rush of people looking to foster animals from the center, said shelter director Jack Griffin.

“Most of those animals ended up getting adopted,” he said.

Restrictions mean the center can’t do or has to reduce the number of people coming in for usual community activities, like children visiting the community cat room to read to free-roaming cats. Dog training classes are still happening, but with only one or two people at a time rather than a full class like before. Services, like adoption, are by appointment only.

Once a month, someone from the shelter gives out pet food for owners struggling during the pandemic. Last week they still distributed food to about 70 cars, which isn’t anywhere near how many people were in need when the pandemic started.

A few years ago, a woman brought in an injured stray cat that needed its tail amputated. Already having a few cats of her own, she said she was unable to cover the expenses of the surgery, but she would be glad to take the cat in once the surgery was performed. The hospital provided the surgery, and the cat was able to leave to a caring home in good health.

“I really think that’s who we are to the community,” said Steve Price, director of the veterinary hospital. “It’s a situation where we save the animal from being surrendered and take care of its needs before it’s able to go to a good home.” •• 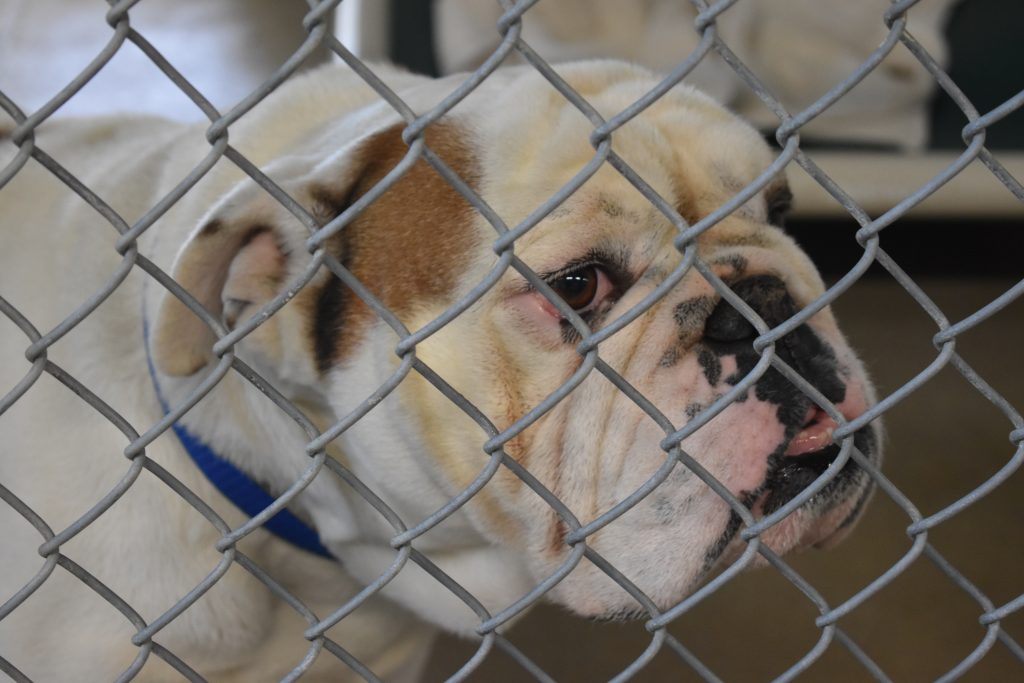