Outpouring of generosity for Normandy family 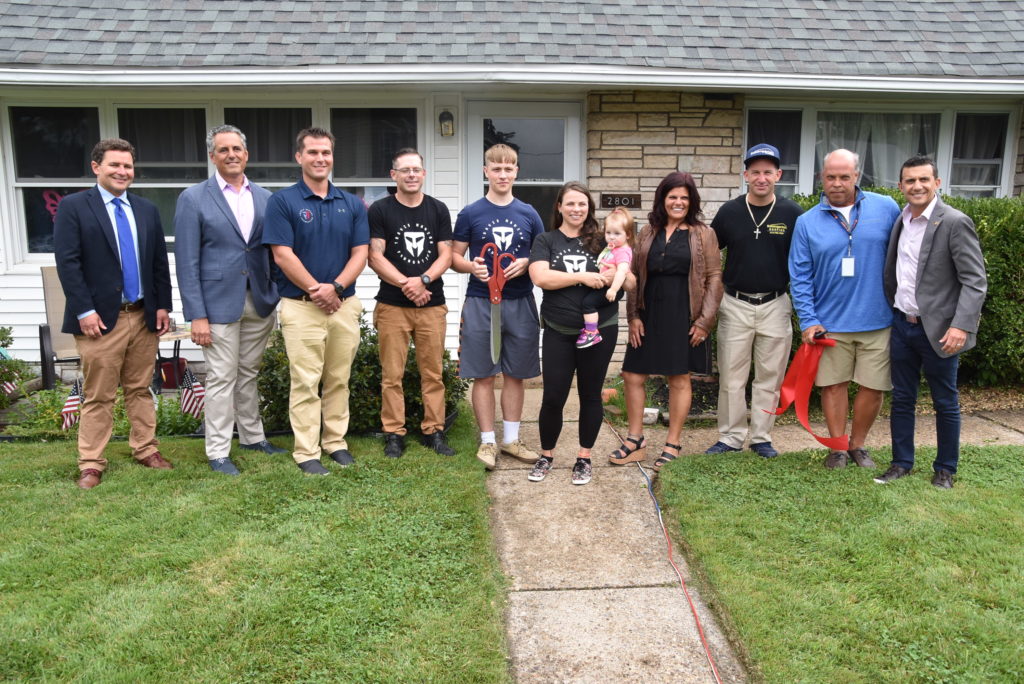 Two days before the 20th anniversary of the Sept. 11, 2001 terrorist attacks, Gold Star wife Jessica Byrd was gifted a major renovation of her Nightingale Road house.

Byrd’s husband, John, a Marine, was killed by a suicide bomber in Iraq in 2004. At the time, she was expecting their first child. Today, Elijah is a 16-year-old honor student at Central. She and her partner, Ryan Lukens, a Marine veteran who served in the Middle East, have a 17-month-old daughter, Cadence.

Byrd works as an in-home nurse caring for low-income, first-time expecting mothers. She is an active volunteer for the Travis Manion Foundation, which has included serving the homeless community in Hoboken, New Jersey and traveling to Central America to build homes for indigenous families. Additionally, she served as president of the Philadelphia Gold Star Wives chapter from 2006-2013.

The Travis Manion Foundation is named in memory of a Marine first lieutenant from Doylestown who was killed in Iraq in 2007.

“It’s a name that is synonymous with service,” WPHT (1210 AM) morning host Rich Zeoli said of the foundation.

The foundation teams with Audacy, which owns six local radio stations and has donated more than $500,000 to the charity. Zeoli emceed the Sept. 9 event.

“Jessica is a hero for turning her grief into action and inspiration,” he said.

“The generosity is amazing,” said Byrd, a Parkwood native who has lived in her home since 2007.

Byrd’s home received a new roof, a ductless cooling and heating system and new furniture. Weis is providing a year’s worth of groceries.

“I look at this as an opportunity to pay it forward,” she said.

Foundation chief operating officer Josh Jabin, a recently retired Marine and a U.S. Navy friend of Travis Manion, wears a wristband with Manion’s inspirational words before his second and final deployment, “If not me, then who.”

Byrd described her husband as a kind, patient and generous man, adding that the work of the Travis Manion Foundation shows that his sacrifice was not in vain.